Greetings y’all! I hope everyone had a nice weekend and a bearable Monday. My weekend was busy as usual but was pretty good. Jordan and I went to Birmingham to say goodbye to Nichole on Friday night... 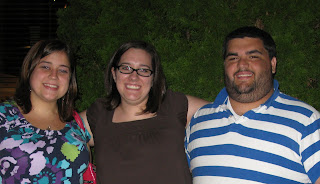 As I said, Friday, she moved to New York for school and we’ll miss her!

I also saw Inception again on Sunday afternoon. I went with my mom & Oma this time and it was just as awesome the second time around... 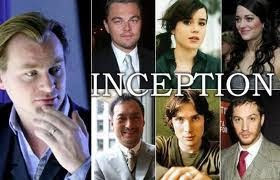 I don’t know if I talked about it the first time but I think I am obsessed with this movie. I think the writing/plot of this movie is just genius and it definitely makes me wish it was my idea! I am really excited by movies that explore the mind and make you think. I think I could go again and again. I haven’t seen a movie more than once in the theatre in a long time. The movie itself is good but you also get to look at all the hot boys the whole time...the movie is full of eye candy. Honestly, I’d go again in a second.

When I weighed Saturday, I was down 1.4, bringing my total to 71.4 pounds. I feel like I have momentum so that’s a good thing and I’m hoping to get to 75 within the next 2 or 3 weeks so I can post a new picture. In that spirit, I cooked a Weight Watchers meal last night for recipe night... 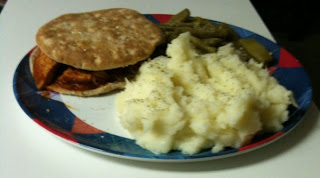 It was BBQ Pork Sandwiches, Parmesan Mashed Potatoes and I made some green beans to go with it. Cassandra was home last night and she helped and also ate. The pork was just sliced up tenderloin (which is no easy feat by the way-slicing tenderloin-it’s gross and it moves while you are trying to cut it) that goes in a skillet and then you add garlic, onion, tomato sauce, Worcestershire sauce, salt and pepper. It simmers, then you add it to a low calorie bun. Once you get the pork cut up, it’s no problem. If I make it again, I’ll probably just used pre-cut pork chops. The potatoes are just mashed red potatoes with buttermilk and parmesan cheese. Both of them were very tasty...Cassandra liked them too! I think both of them would go back in the “I’d Make This Again” column.

So, since I have been earning activity points on the weekend, I have tried to find exercises I can do that earn a lot of points so I can eat more...sad isn’t it? Anyway, I was looking through the list of activities last weekend and realized that I could jump rope for 20 minutes and earn 4 points. I thought that was an awesome trade of time and points so that’s what I did. Well, I always have a certain level of discomfort in my knees. A lot of it has always had to do with my weight but my doctor did say that my knees felt arthritic the last time I went to the doctor so I am always having to adjust the position that I’m sitting or laying in because my knees start to hurt. WELL...the day after I jump roped, my left knee hurt SO bad. It has never felt this way...like someone set a fire in my kneecap and went camping. Luckily after several doses of ibuprofen it got better after a few days but I guess jump roping is out for me in the future. I know swimming is a knee friendly exercise but what else other than walking is there? I have GOT to get on the rowing interest I have acquired. Anybody got any other ideas?

Well, I think that is all! I hope everyone is having a great week! I am looking forward to the premier of Weeds and The Big C to catch up on...I’ll let you know what I think!

“Don't you want to take a leap of faith? Or become an old man, filled with regret, waiting to die alone!” Saito-Inception
Posted by Heather Wyatt