Back Off Debbie Downer!

My luck ran out this morning as far as the scale goes because I didn’t lose any weight at all this week. Actually, it showed me up a few ounces. Even though I totally count it as a loss when I’m down a few ounces, I tend to say that I weigh “about the same” when it shows up a bit higher. If it’s anything less than a pound, I just act like I stayed the same. I can’t pretend that I’m not disappointed but I am honestly not surprised. Even though I can’t think of any red flags from this week that would justify my lackluster week, I have to remember that I lost 3.6 pounds last week. It’s almost like my body realized it got ahead of itself and decided it would spread the unusual 3 pound loss over two weeks. I also need to remember that there will be weeks on the weight loss journey where you don’t lose weight and sometimes…on the most evil days…you might even gain…for no reason at all.

The good news is that for 2 years, I haven’t let one subpar week deter me from continuing right along. I will trudge through the next week as I always do. I did think of two things that I observed this week that I need to make sure to keep a watch on. The first is my Moe’s addiction. Moe’s isn’t the problem, I am. When I get Moe’s to go, they give me a ridiculous amount of chips and my procedure used to be to count out 15 chips and that be the only chips I eat…well over the past few weeks, I think I have eaten way too many chips with my burrito. I know me and when I have a limitless supply of food, I’m going to take advantage of that. So, this week, I found myself just dipping into the bag over and over without counting and I counted the chips as if I only ate 15…that may have played a tiny part. It will be back to counting out my chips next week. Portion control is one of the most important factors in weight loss…which brings me to the other observation I made this week. I’m not a big fan of Chinese food. I love P.F. Chang’s and I enjoy Chinese food that is hot and fresh from time to time but most places around this town aren’t great in my opinion and I am generally in no mood to partake. Somehow, despite my disdain, I had Chinese food 3 times in the month of March…really it was all in the past couple of weeks. Chinese food isn’t terrible for you…I can get one serving of steamed rice, one serving of Beef & Broccoli and a cup of egg drop soup for 7 points. The key part of that, however, is that you are only supposed to have one serving. I am sure you know that there are approximately zero restaurants in this world that give you one serving of something. The portion sizes at Chinese restaurants are enormous and I tend to conveniently “forget” that little fact and eat as if I’m a bottomless pit. That’s what I had for lunch yesterday, so I’m sure that didn’t help much either. These are things that I know but that’s what happens when you become too comfortable in your diet…little by little, you revert back to habits you used to have. The silver lining is that I notice it every time that happens and I know now to reel it in.

I have a brief bit of TV discussion I want to run by you. First, I was VERY pleased with the Idol results from last night. I know everyone gives Paul a hard time but I like his unique voice and think he could definitely cut a record that I would buy…plus he’s adorable so I’m very pleased I get to see him for at least one more week. I also was not a fan of Naima or Thia so I’m glad they got voted off. I do not understand AT ALL why people are so enamored with Scotty McCreery or Jacob Lusk but to each their own I guess. Casey Abrams is my ABSOLUTE favorite but I also really like Pia and Lauren is cool too. Also, I watched Grey’s Anatomy last night and it was the musical that everyone has been talking about. I have seen a LOT of negative reviews…mostly relating to the campy way the songs were presented. As someone who loves musicals I will say this, all musicals come with an overload of drama…that is their nature…if you aren’t a fan of musicals, I can see why you wouldn’t have liked this Grey’s. I loved it! Musicals literally make me happy…that’s why…if you were to watch me when Glee is on, I have a smile on my face the ENTIRE time. Grey’s Anatomy is and always has been very dramatic and the music has always been great…I can’t tell you how many times I’ve downloaded music because I heard it on Grey’s. If I had my way, there would be music playing around me all the time…at the mall…movies…wherever…I’d love to have theme music. Anyway, aside from Kevin McKidd (Owen) not being the best singer, I thought it was awesome and I thought Sara Ramirez (Callie) was wonderful…she sings beautifully! 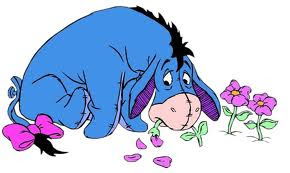 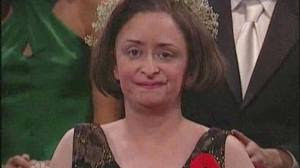 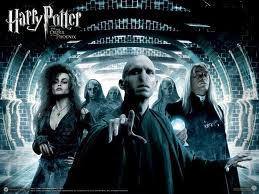 All of the characters above (Eeyore, Debbie Downer and the villains from Harry Potter, especially the death eaters) are fictional but each and every one of them represent someone that we know personally. Sometimes, these characters are so extreme that they are a caricature of the people that they remind you of…it’s either funny or over the top or cute. There are some instances however, when a fictional character is a PERFECT representation of someone that you know. I know someone who is an exact match of all of these characters mixed together. Do you know someone who literally sucks the life out of you? I do. I am sure I’ve talked about this before but it’s really been bugging me. The ideal solution if you have one of these people in your life would be to remove yourself from the situation. What do you do if you are stuck with them. The annoying answer people give is that you should rise above and try not to let that person get under your skin. In general, that plan is squashed within 5 minutes because this type of person never changes. They are soul suckers which means they are selfish diseases whose goal in life is to penetrate their nastiness into your skin and filter through to your brain and pop any happiness bubbles that you have up there (I didn’t learn much in anatomy in high school so just go with it). I’m pretty good at laughing things off and starting fresh every day…I’m also very talented at pretending but some days, when you have stress in your own life going on and the toxins of the death eater come your way…it’s almost too much to handle. I no longer have unhealthy vices to turn to…I can’t eat chocolate or a bucket of fried chicken…I don’t smoke and I’m very limited in the amount of liquid therapy that I can have…mostly…I just bite my nails, pout and press forward. Honestly, that’s my only strategy. I’m just putting this out there in the ether to see if anyone can relate? Any suggestions? One friend told me to pray for this person to have prosperity because their happiness may affect their attitude…I tried…I wasn’t very good at it…maybe I’ll give it another shot.

The only thing keeping a smile on my face today is that it is Friday and right after work I am going to Birmingham to spend the night with Jordan! It should be a carefree, fun night! That is exactly what I need. The rest of the weekend should be nice too…I don’t have a lot going on but I should get to see my grandmother and aunt Brenda (they are supposed to be coming down to help with the ducks)…which is always fun. I wish you all a fun and safe weekend! Bye!