Hey Y’all! I hope everyone had a nice weekend! Sorry I was unable to say much on Friday. I have had a ton of stuff going on since last week but I can tell you about it now. I had another kickball game last Thursday night and I actually scored a run! I seem to be much better at kickball than softball because I always make contact with the ball. My trick is to kick it as lightly as possible to have a chance at making it to base…kind of like a kickball bunt I guess. Also, even though I am right-handed, I apparently kick the ball with my left foot half the time. I thought it was strange but apparently I’m not the only one who does it. Anyway, I’m having fun with kickball and it adds a little more exercise each week which is always helpful. I already told you about my weight…I’m 1 pound away from that 100 pound mark…I’ve been pretty good except for some poor judgment with Doritos on Sunday so hopefully this week will be the week. 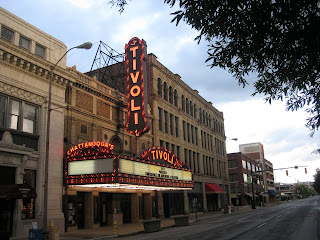 Friday afternoon, I left in a hurry to get away from the storms to go to Chattanooga. Unfortunately, I didn’t escape the weather because it was an extremely nasty drive the entire way. I could barely see the car in front of me and the skies were that greenish-black color. Normally, it would take 3 hours to get to Chattanooga from Tuscaloosa but this trip took me well over 4 hours. Luckily, I made it but I was still worried about my people in T-town because it got really bad here. Thank God everyone I know is OK and only a few of my friends had some minor damage which is a pain but I know they are all just happy to be safe. The storms during tornado season can get pretty scary so hopefully we won’t have to deal with it again. I had a great time in Chattanooga attending the Conference on Southern Literature. Thanks again to my Aunt Linda for allowing me to work with her and hear some great authors at this conference and to my Aunt Brenda for allowing me to stay! I'm glad I went. I missed A-Day and my brother's prom but I am still grateful that I went...it got my creative juices flowing! 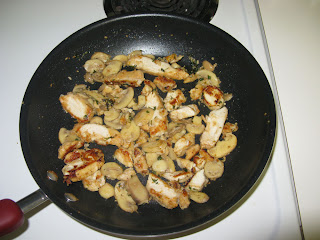 Somehow, I managed to make a recipe to share with you. This is Chicken and Mushrooms in a Garlic White Wine Sauce. This was DELICIOUS! Again, I used my chicken fajita strips instead of the chicken breast strips it calls for…it’s up to you. Basically, I thawed out the chicken, tossed it in a bit of flour and then sautéed it with about half a teaspoon of olive oil, teeny-tiny bit of butter, mushrooms, a lot of minced garlic and about 1/8th cup of white wine. The garlic and wine give it awesome flavor and the little amount of flour and butter give it almost a fried taste. I would recommend making a starch to go with this if you are trying to fill up because it didn’t have much staying power but it was quite tasty. 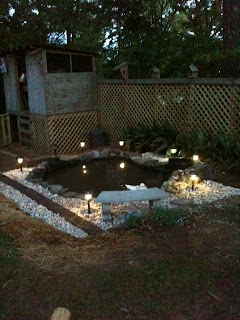 After I ran on Sunday, I spent the day eating, relaxing and preparing for the Lady Gaga concert. As you can see, my parents and brother have pretty much finished the duck pond and it looks really nice! Aside from the mosquitoes, it’s pleasant to sit out there and listen to the water run. My mom, brother and Lisa helped me create some accessories for the Lady Gaga concert I went to last night with Jordan. I included some pics of the costume and the concert below. 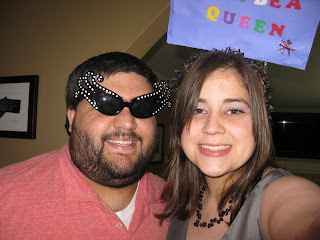 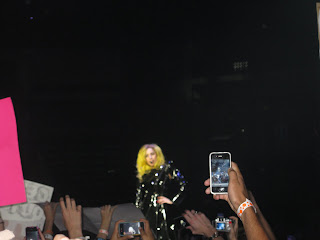 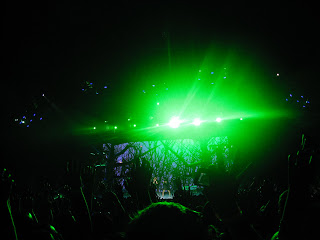 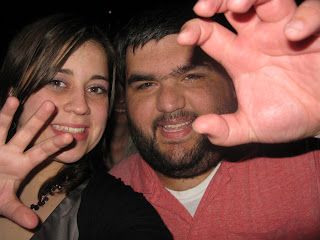 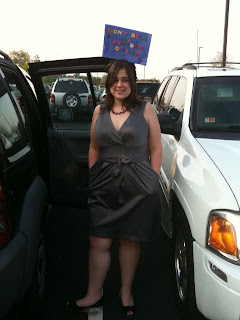 The concert was an absolute blast! Lady Gaga is such a diva and the concert was more like a movie, musical and concert rolled into one. She looked fierce in the 50 different costumes she came out in and she is SO talented. She can really sing and play and she’s just so much fun to watch. She’s also someone who makes you feel empowered. Her message against bullying and all the great things she says about being who you are make you feel like you should go out right that second and follow your dreams. I know she’s out there but she seems like a genuine person and I can honestly say it was easily one of the best concerts I’ve EVER seen! Thanks to Jordan for thinking about a year ahead and getting those tickets and thanks for driving last night. It was a late night but it was well worth it. I wasn’t able to get as good as pictures and videos as I would’ve liked but I posted a few so you can see some highlights. I also posted the pictures to Facebook so if you are friends with me, you should be able to see those. I also tried to post the one decent-ish video I was able to get. We were on the floor in the general admission section so it was difficult to get good angles. I apologize if you can’t see the video but hopefully you won’t have problems…also…there is some adult language in the video so if you aren’t into that…I wouldn’t watch it.

I have another concert on Friday night which I am SOOOO excited about! We are going to see Sara Bareilles! I’ll have more on that Friday! Busy, busy, busy!

Have a WONDERFUL week everyone!

Congrats to the Alabama gymnasts for winning the National Championship! Roll Tide!

“Whether life's disabilities
Left you outcast, bullied or teased
Rejoice and love yourself today
'Cause baby, you were Born This Way.” Born This Way-Lady Gaga
Posted by Heather Wyatt