Hey y’all! I had some serious sleepless, nightmare-y hours last night so I’m extremely excited about the upcoming weekend. As you may remember, I had lost a couple pounds from all of the Thanksgiving weight. Though I’m not sure of the exact number because I decided not to weigh this morning, I am confident that those pounds are right back on. I had a rough weekend. I’m not sure what was happening mentally but whatever it was resulted in fried chicken and probably 5 servings of spaghetti and meatballs. Also, I attended another Christmas party last night and it involved pasta and cheese…a lot of cheese. Needless to say, I didn’t want to speak to the scale this morning. In fact, I don’t think I will weigh again until January. I am serious about that too. If I can manage to do well on the days that don’t have a Christmas or New Year’s agenda, I am staying away from the scale. I have GOT to get on track and back to 100% beginning in the new year but there is no reason I can’t be running at a solid 75-80% until then. 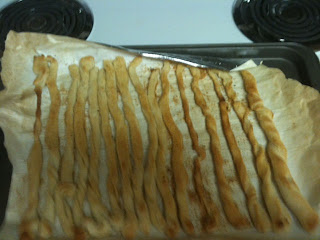 The recipe this week is a nice addition to a party that features healthy hors d’oeuvres. These are “Spicy Cheese Twists.” I believe I got this one from the Hungry Girl. All you do is take a canned pizza do and slice it lengthwise into 16 pieces. Twist ‘em up and add parmesan, chili powder and red pepper flakes. It helps if you spray the dough before you cut it with Pam and press the spices into the dough so they get nice and pressed in there. Bake them and they are ready to eat. As my roommate pointed out, you can use garlic powder instead of chili powder and then dip them in pizza sauce. I ate too many of them but they were a nice little treat. 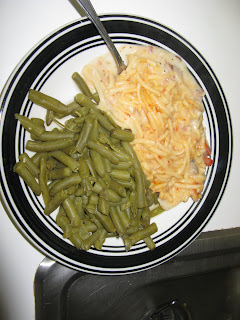 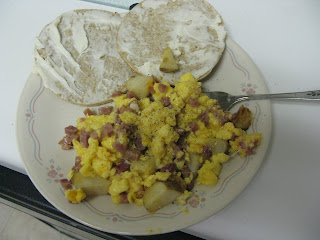 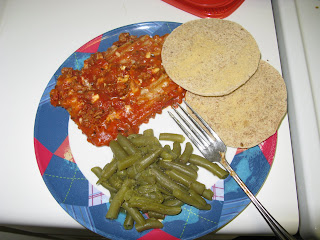 This week, I’ve decided to provide a little trick I’ve learned along the way. Any healthy frozen meal you eat is almost an insult to your stomach. They are tiny and to me, they never seem like enough food. However, I have found tricking your eyes is half of the battle. The pictures above are of frozen meals that I have added to a plate and served with toast or a vegetable. If you dump the meal out onto a plate and add a side or some bread, it suddenly looks like a meal. Don’t get me wrong, it won’t give you the “full as a tic” mentality but it certainly presents it in a way that actually makes you feel as if you are eating. 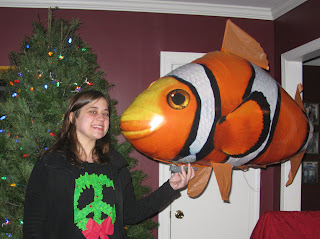 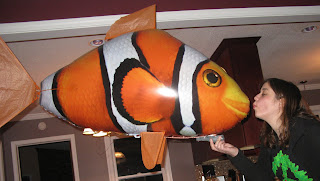 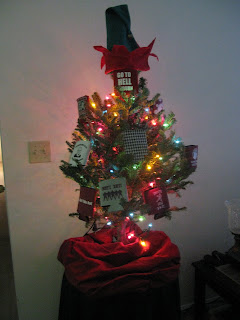 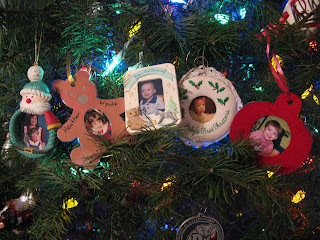 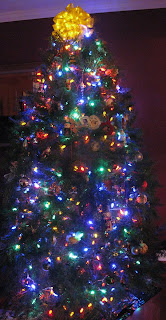 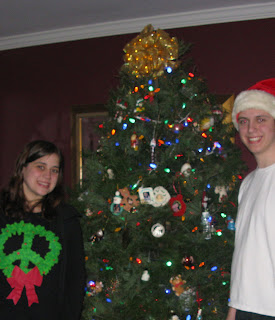 It’s Christmas time and even though it sometimes takes me a bit to get in the Christmas spirit, it’s beginning to look and feel like Christmas where I work, visit and live. We had a dirty santa game at work in which I won Neville Longbottom Wyatt. Neville, whom I named after a Harry Potter character, is clearly a giant floating fish. He is remote control operated and though he may not seem like much, he is fascinating to watch. I took a couple pictures and a video because that’s what I do. The tiny tree is the one that’s up at my apartment. Because I name things, this tree is a little guy that I HAD to have when I saw it. I named him Frasier and my roommate and I added lights and Bama koozies…because we are classy. The other pictures are of the tree at my parents. I grouped all of the ornaments with pictures of me and my brother on them and put them up front…clearly they are the most important. I am getting a bit more into this Christmas thing…I’m still not keen on listening to the music for too long though…it drives me CRAZY. 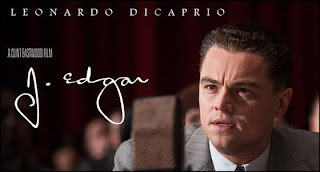 So, Jordan and I have officially kicked off our Operation Oscar. Even though the Oscar nods aren’t out yet, we have a pretty good idea of some that we will definitely need to see. I will be reporting on them as I did last year. This time we saw J. Edgar which features someone I’ve been a fan of (in love with) since I was a child, Leonardo DiCaprio. This movie was…OK. I will say this up front. Both Leo and Armie Hammer are HOT and I was disappointed that the movie didn’t showcase more of their hotness so I’m a little bitter about that. The movie was interesting. I certainly learned a lot of historical details that I was unaware of. However, the movie moved a bit slow and I thought it could have been more emotionally moving. That may not been what they were going for…I’ve seen it before in a movie like Frost/Nixon but for me, an Oscar movie is dynamic, it makes you feel and it is wonderfully made. My other main issue was that the makeup seemed subpar. The makeup that they used when Leo and Armie (we are on a first name basis) was almost silly looking. Anyway, the most positive factor was Leo’s acting and the historical lessons learned…other than that…I could take it or leave it.


I told you last week that I am the new contributing writer for bamahammer.com. I don’t think links work on this blog for some reason so you will need to either just type in bamahammer.com to find stuff I’ve written or copy and paste the links below into your browser. The site is dedicated to Alabama sports, primarily football. Whitney saw that they were looking for someone to write and it all just worked out. I don’t personally know the people that run it but if you are into Tide sports, it’s a fun site to read. All of the guys are super informed and I’m the new girl in town trying to offer a different spin. It’s been fun so far! They actually have a lot of people that seem to be reading so it’s neat. If you are on Twitter, please follow them @BamaHammer and if you are facebook, you can like them by searching and liking BamaHammerFans. If you have trouble with this let me know. I appreciate the support. I pasted what I’ve written so far but again, I encourage you to look at the whole site, it’s really nice. 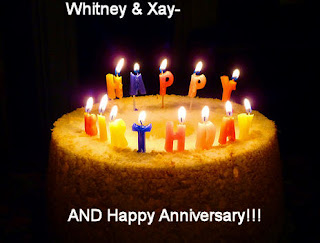 One more thing before I go, I just wanted to wish my friends Whitney & Xay Happy Birthday AND Happy Anniversary as they both own the month of December! I plan on making Christmas cookies with them tomorrow. I’m excited to see them AND their precious baby, Mya! Love y’all!

I hope you all have a great weekend! I plan to!

“I'm gonna stop lookin' back and start movin' on
And learn how to face my fears
Love with all of my heart, make my mark
I wanna leave something here

Go out on a ledge, without any net
That's what I'm gonna be about
Yeah I wanna be runnin'
When the sand runs out

'Cause people do it every day
Promise themselves they're gonna change
I've been there, but I'm changin' from the inside out…” When The Sand Runs Out-Rascal Flatts
Posted by Heather Wyatt