Happy Monday y’all.  I’m experiencing a range of emotions right now but at this very moment, I’m in a good mood.  It’s unusual for a Monday but I’ll take it…especially since I know there will be some unpleasant moments this week that I’ll tell you a little bit later.  I weighed this morning and some of the bad behavior I’ve mixed in with the good came back to haunt me and I was up a little.  I fully expect my weight fluctuation to be on the upswing over the next few weeks.  I have multiple Halloween celebrations and it’s my favorite holiday.  I’ll just continue to work out as usual and try to keep things normal MOST of the time. 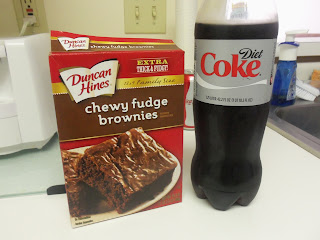 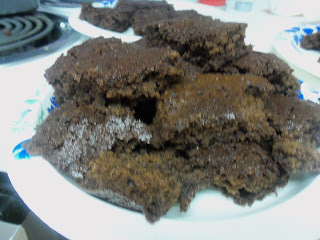 This week I wanted to tell you about a Pinterest inspired, low fat brownie.  This recipe is so simple and I had MULTIPLE people rave about these brownies.  All you do is take a box of brownie mix and combine it with a 12 oz can of Diet Coke and then bake it like normal.  Because you aren’t adding any calories with the diet coke, the only calories come from the mix which make these brownies pretty low in fat.  I thought they were pretty good and a couple people I let try them said they were great!  They seemed to get even more chocolate-y in the refrigerator.  I would definitely give them a try since they are inexpensive and easy. 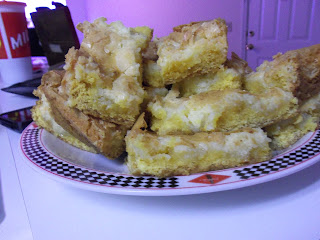 Now, this sweet treat was not healthy.  I made this recipe a few weeks back after I saw it on Pinterest.  You make the crust with butter and cake batter and the gooey part is confectioner sugar and cream cheese.  It also had vanilla.  These taste like chess bars but I’ve seen them called a number of things: gooey bars, chess bars, etc .  I don’t really care what they’re called.  They are decadent and DELICIOUS.  They will also be a huge hit if you ever bring them to a party.  Let me know out there if you are interested in the recipe.  They are super easy to make.  Yum! 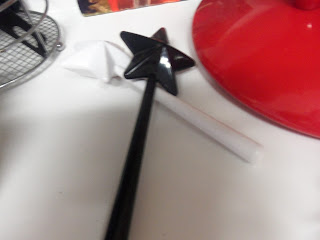 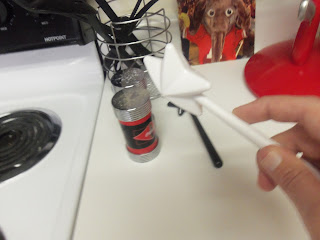 I love kitchen gadgets!  When I saw these wand shaped salt & pepper shakers, I couldn’t resist.  I got them at a place called Francesca’s at the Summit in Birmingham.  The only thing I don’t like is that there isn’t a lot of room for the salt and pepper and it’s hard to get the salt and pepper in there without wasting.  What do I care, though?  They are cute and when it comes to kitchen appliances, the cuter the better even if they aren’t very useful. 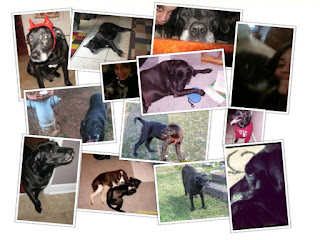 So, my Dog, Pacey Carter Wyatt is having a large tumor removed from his chest/underarm/stomach region.  The doctor said that it is most likely not cancerous so hopefully, he will recover just fine.  I’m VERY worried about him though.  Pacey is not a spry young puppy anymore but he isn’t an old man either and I’m not quite ready for him to go.  He lives with my parents and I’ve been babying him the past few days because he just doesn’t feel well.  He hasn’t been eating and he’s thrown up a few times.  I took him for a walk Saturday and I honestly thought I had killed him when I got back.  Dogs are funny how they can be a part of your family.  I remember being without a job for a little while and I was depressed about that and some other things and he laid by my side all day/every day.  When I house sit for my parents, I let him sleep in the bed and I feel much safer with him there.  He’s a good boy and I love him very much so if y’all don’t mind thinking about him and sending up a little prayer tomorrow that he comes back to his people a healthy boy and lives for 5 or 10 more years!  I know the collage is a bit dramatic and almost looks like an “in memory” photo but I liked it and let’s face it…I am dramatic.

There are a plethora of fun activities to do this weekend.  My friend Beth is getting married Friday night (congrats Beth), I’m having brunch with Jordan on Saturday, I am going to work on my Halloween costume with my mom and watch Bama hopefully take Tennessee down with no problems.  I also have my first Halloween party Saturday night.  I’m excited for all of that.

I hope everyone has a great week!  Roll Tide! Bye!