Hey y’all! Spring Break is over and Monday has come out swinging’.  I probably chose poorly by going to New Orleans on the weekend after spring break because I’m struggling today.  It was worth it though because we had a great time.  I opted not to weigh last weekend.  I let myself slide a few times late in the week.  I’m not sure what prompted this but I was feeling a bit drained with the dieting and knew I had a fun, calorie-filled weekend ahead of me.  Also, I know this will anger those of you who don’t get a spring break but now that I’ve experienced it, I realize that too much down time is terrible for me.  I found myself not wanting to do normal tasks like workout or shower even.  I was productive the first day because I cleaned and graded but after that I just lied in bed most of the time and actually felt a bit depressed.  I am now considering finding a summer job more than ever.  The money would be helpful but also, it would keep me from becoming a non-exercising, pizza eating recluse.  Anyway, I realize I change things up a lot but I’m going to do it again.  I like to combine the aspects of the slow carb diet with aspects of reality which is some day, in the future, I may crave Mexican food in the middle of the week.  Sometimes, those things should be allowed.  I want something I can do forever.  In addition to that, the one cheat day a week is making me quite ill.  I’m a classic binge eater so I stuff my face to the point of nausea and discomfort on Sundays.  So, I’m keeping the slow carb vibe, counting calories, adding a bit more for exercise but not as much as they give me credit for, incorporating a few non-slow carb items during the week (possibly sweet potatoes or quinoa) but only roughly one serving of those a day and finally, 2 cheat meals a week and 3 servings of cheat “other” which may include dessert, a drink or an appetizer.  I’m counting all of these things as a set calorie count so I don’t overeat the rest of the day.  I’m also going to try and split these cheat meals in half so I can have them later in the day when I get hungry again.  My goal is to stop overeating all together so I stop expanding my stomach and I get a chance to work on my mental issues when it comes to binging and my other goal is to eat healthy about 85% of the time.  I’m fighting every day.  I will weigh at the end of the week.  Hopefully my fun time in NOLA doesn’t take long to get rid of but honestly, it was worth it. 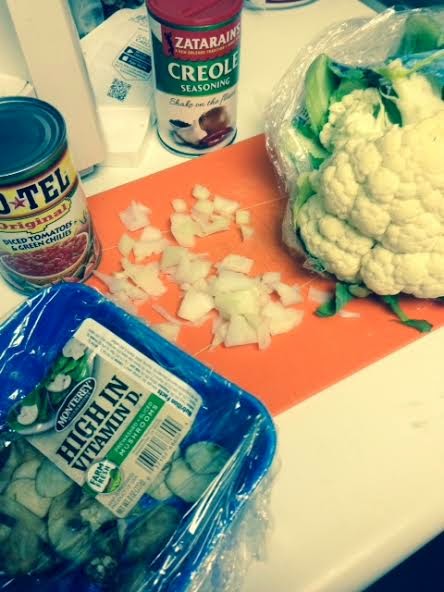 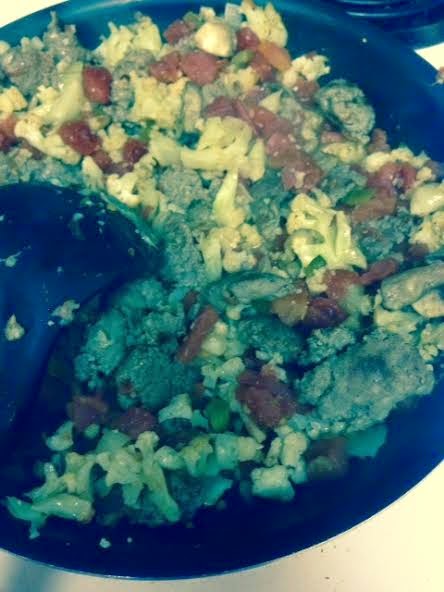 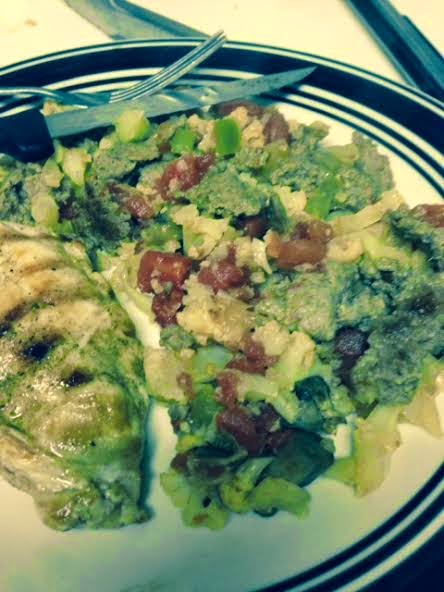 In the spirit of my trip to New Orleans, I am sharing a Cajun inspired recipe.  This recipe is what I call “Dirty Rice.”  I used cauliflower for the “rice” as I’ve been doing quite a bit.  I LOVE dirty rice….especially from Bojangles so I thought I’d give it a shot.  I sautéed up some turkey sausage, added onion, cauliflower, Rotel and Cajun seasoning.  Next time I will probably use more mild tomatoes and less Cajun seasoning because it was super spicy.  I really liked the flavor, though.  It was filling because I got to pretty much eat the whole pan and the flavor made it feel like you were eating something.  I served it with some grilled chicken.  I would definitely make it again. 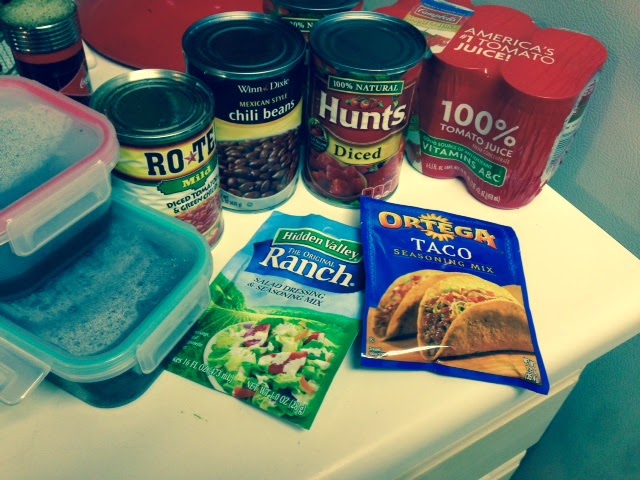 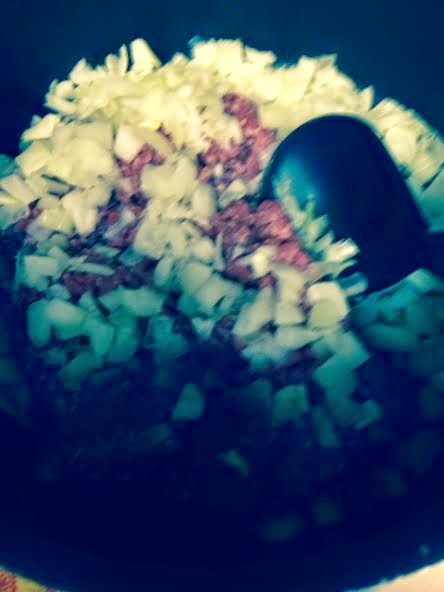 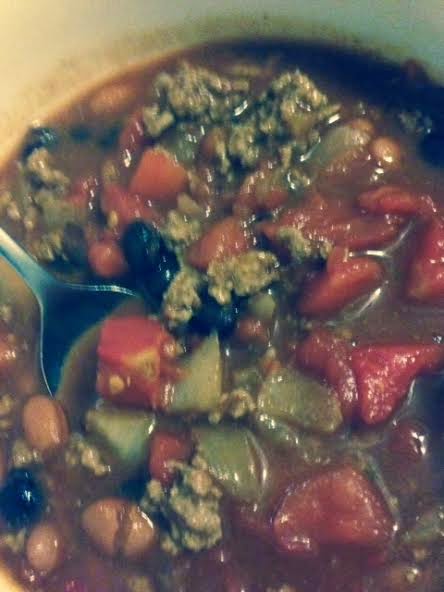 I know that Spring is here (especially by the amount of pollen I’m seeing) but I’ve heard we may get one more cold snap so I wanted to share a soup this week and next week before it got too warm to consider having anything hot to eat.  A couple weeks ago, we had a “snow day” so I decided to make some taco soup.  Taco Soup is one of those great things because it tastes awesome, it’s filling and I’m not sure there’s much out there that’s easier to make.  There are lots of recipes out there. I skipped the corn and used black beans and chili beans because I had them on hand and I HATE kidney beans.  All I did was sauté the meat and onions and then dump in the rest which included things like tomato juice, ranch dressing mix and taco seasoning.  You let it simmer awhile and then it’s done.  Be careful with this though because if you’re like me, you’ll want to go way over your portion allowance.  I suggest putting several servings in the freezer so you can just grab it out, thaw it and eat. 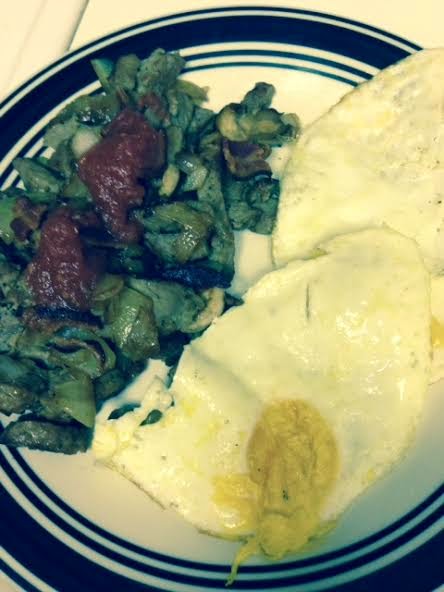 I’m getting much better at throwing things together.  It’s something my mother is good at and she’s passed it on to me.  I love buying those fajita strips in the produce section.  I’m also a bit of a hoarder of Moe’s salsa.  I may or may not stock up and grab a few extra salsas when I go get my burrito bowl every week.  Eggs can get a bit boring so last week I heated up some of those steak strips with mushrooms and onion and served it with my eggs.  I put salsa on top to finish off a quick version of steak and eggs.  It was delicious and made for a quick, tasty breakfast. 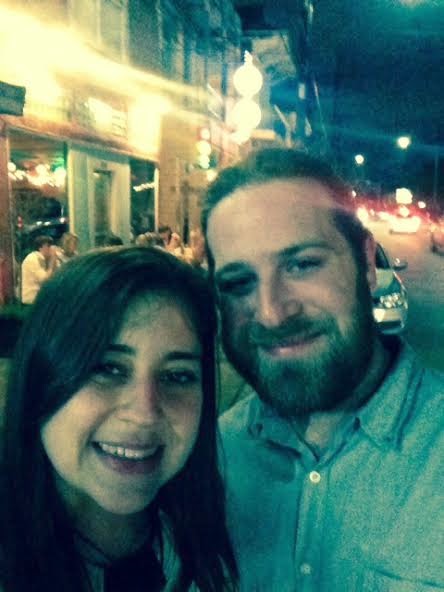 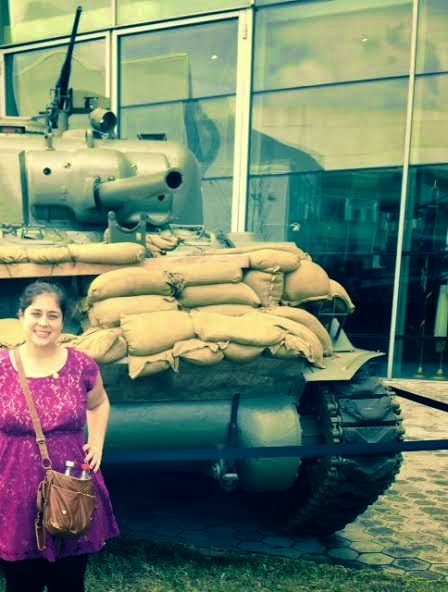 Ian and I made the most out of our trip to New Orleans.  We had a fancy dinner in the Garden District, experienced the touristy and less touristy parts of Bourbon and visited the WWII museum yesterday.  We spent a lot of money and consumed too much of everything but it was totally worth it.  We had a blast! Wish me luck this week and I hope you all are all fighting for things you want too! Until next week...
Posted by Heather Wyatt