Not Rice But Almost

Hey y’all.  I finally got around to posting today.  I am not feeling well.  I’ve had a cold on and off for over a month and last night I woke up in the middle of the night feeling miserable.  I couldn’t breath, my chest was on fire and I have been coughing like crazy ever since.  I don’t know what is going on but I should probably go back to the doctor.  Unfortunately, I owe them money from the first time I went when I was sick.  Anyway, I digress.  I didn’t run today which makes me feel awful but I plan on getting up early tomorrow and going to the gym.  I suppose I needed to skip the run since my chest was hurting but man, it throws me off.  I had a perfect week last week in terms of dieting and I worked out a ton and I saw no difference on the scale.  I won’t comment on that because I don’t have the energy to rant.  I only know to keep plugging away.  It’s all I can do. At this point I have 2.7 pounds to lose to get rid of the last bit of holiday weight and 22.7 to go to reach my goal by birthday.  I’m not sure if it will happen but I’m going to keep trying.

I have been going crazy with cauliflower.  I will have lots of recipes to show in the coming weeks.  I apologize in advance to those who hate cauliflower but I encourage you to at least try it.  If you season it enough, it really only has the flavor of the seasoning and it’s a fantastic filler.  I made fried “rice” twice.  I made it a couple different ways. 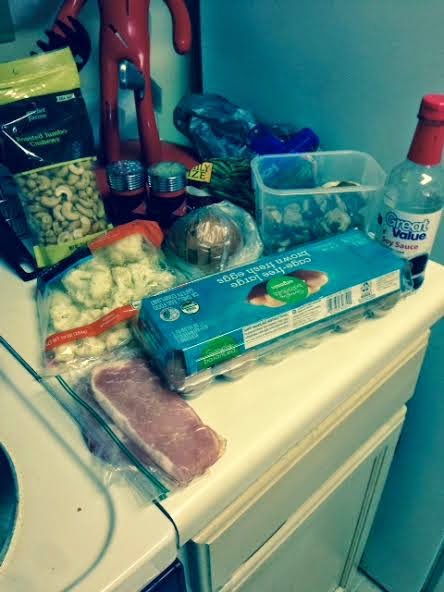 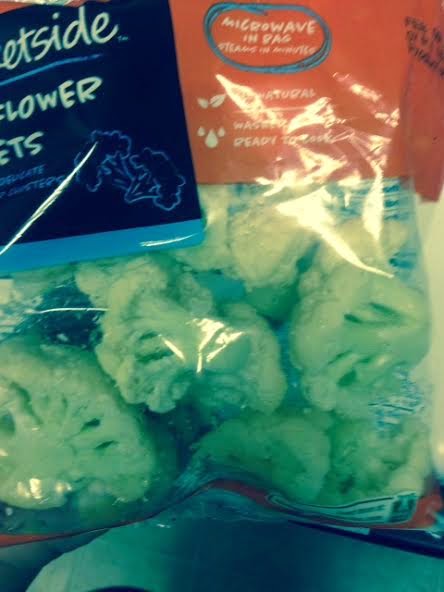 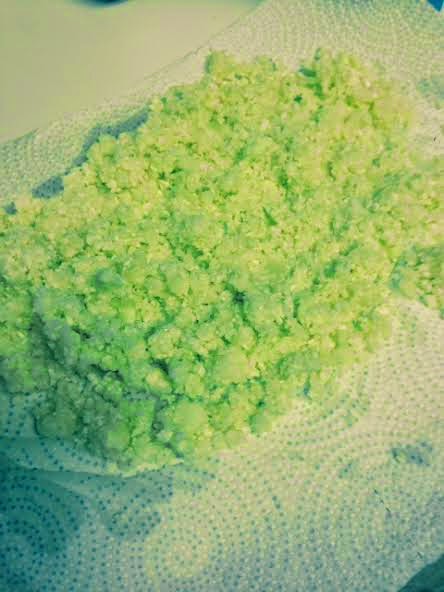 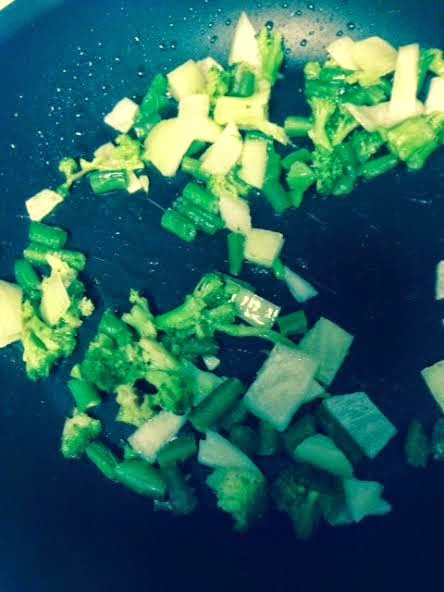 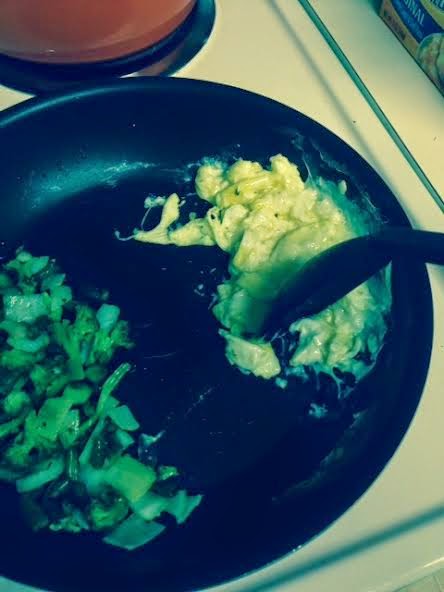 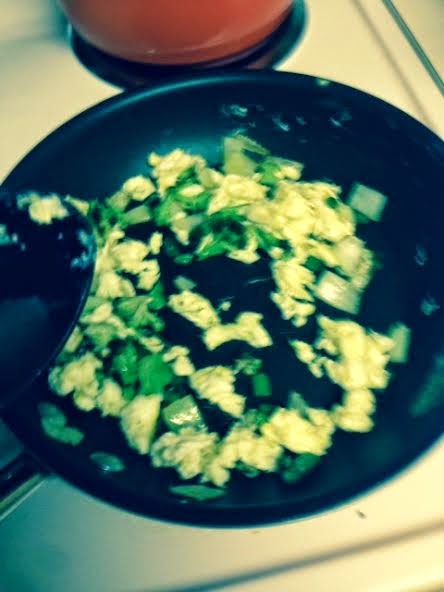 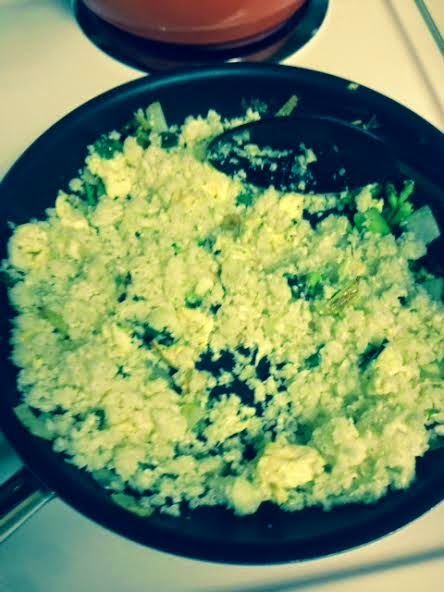 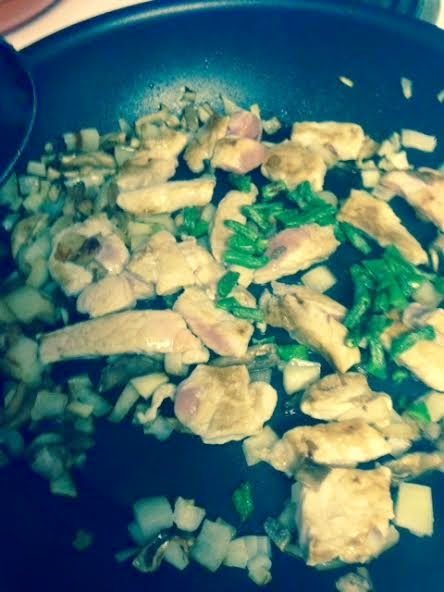 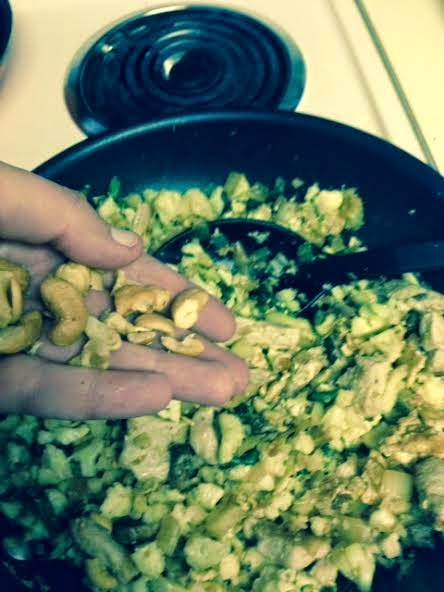 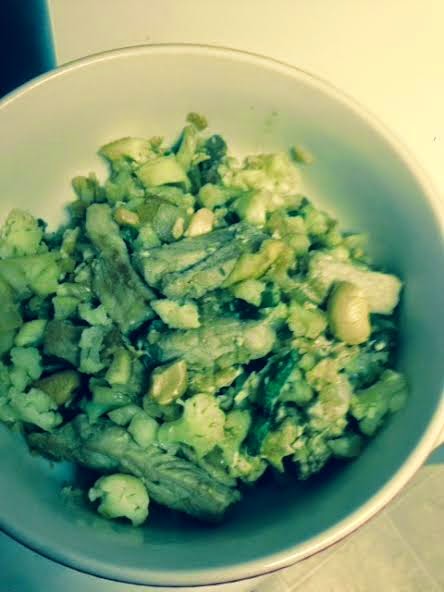 I actually went through the process of putting the cauliflower in the blender and draining it so it would have more of a rice texture and shape.  I would recommend buying cauliflower in the bag because I had to get an actual head of cauliflower last time and it was terrible.  It is hard to get off the head and it gets everywhere.  I added a fried egg, green beans, broccoli, onion, soy sauce and pieces of pork chop.  I sautéed it all together and made a nice big bowl of the fried “rice.”  The best decision I made was adding a few cashews to the top.  It gave an extra layer of yummy, filling flavor. It’s my new go to meal. 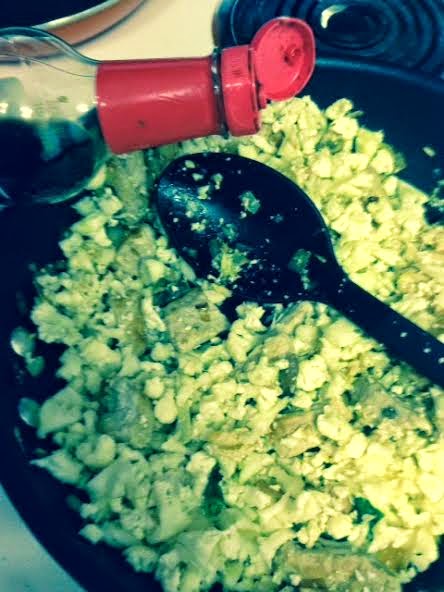 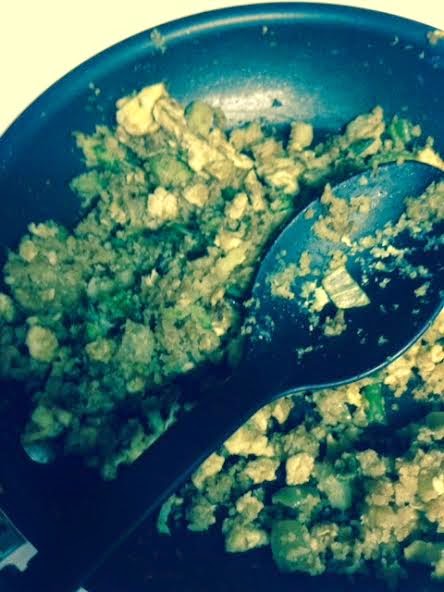 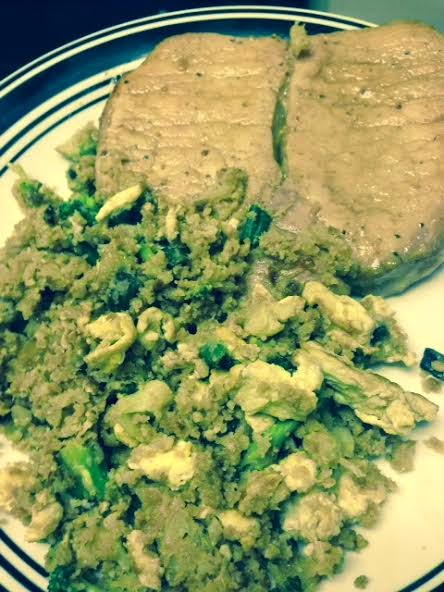 This time I actually made the whole pork chop in the skillet in order to mimic the meal my mom makes which is fried pork chops and fried rice.  I added the same ingredients this time but just served it on the side.  I’m in love with this recipe. I will say that I have gotten lazier about the cauliflower.  I've just been rough chopping it lately rather than going through the trouble of the food processor but it hasn't made too much of a difference.  I like anything that allows me to have a nice, hearty plate that I can just go crazy and eat the whole thing. 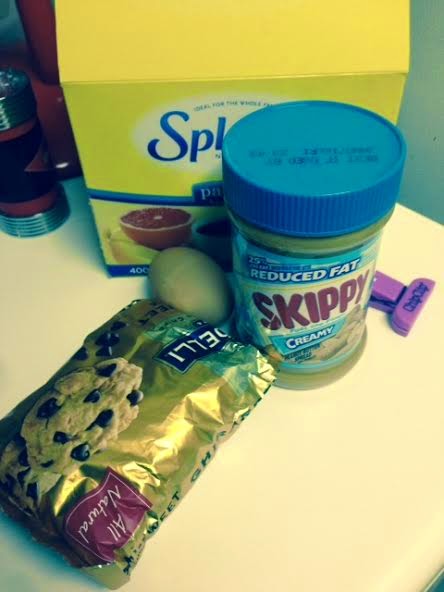 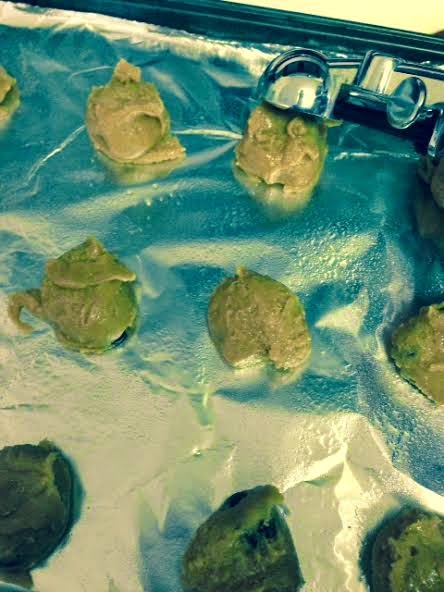 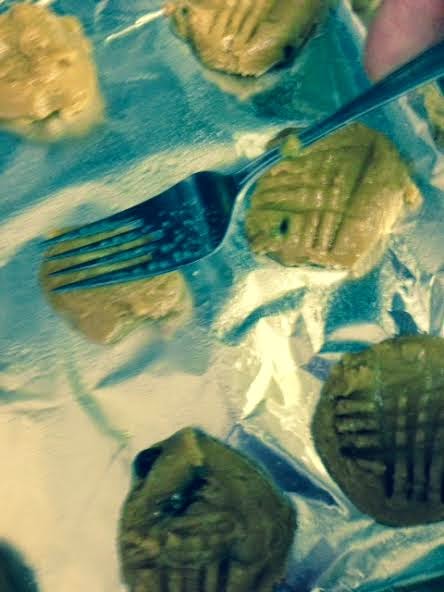 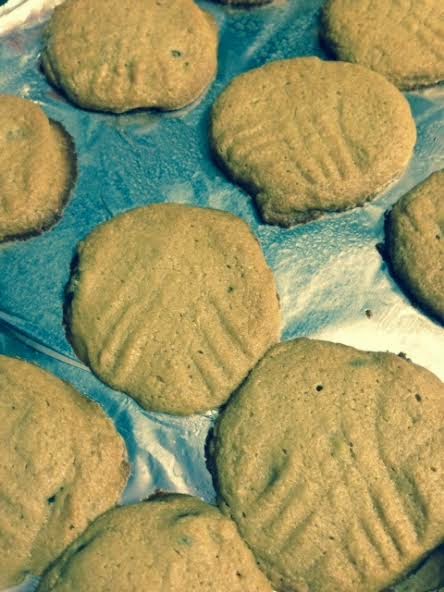 The slow carb diet doesn’t allow chocolate and it doesn’t allow much artificial sweetener.  The goal is to stay away from processed foods.  The problem is that I have a sweet tooth and I decided I needed some kind of sweet treat occasionally so I didn’t kills someone.  I found a recipe for low carb peanut butter cookies.  They take 1 cup of peanut butter (I used reduced fat), 1 egg and 1/2 cup of artificial sweetener.  In order to get my chocolate fix, I added a handful of semi-sweet chocolate chips to the mix in order to get one or two bites of chocolate per cookie.  I know it’s bending the rules a bit but it’s homemade, I count the calories, and I don’t have a nervous breakdown from lack of sweets. That's all I have this week.  Ian and I celebrated one Facebook year on Saturday so that's fun.  We are going to New Orleans together in a couple weeks and I can't wait. That's why I plan on resting as much as possible so I can shake this cold permanently and have fun in NOLA.  Until next week, y'all.
Posted by Heather Wyatt