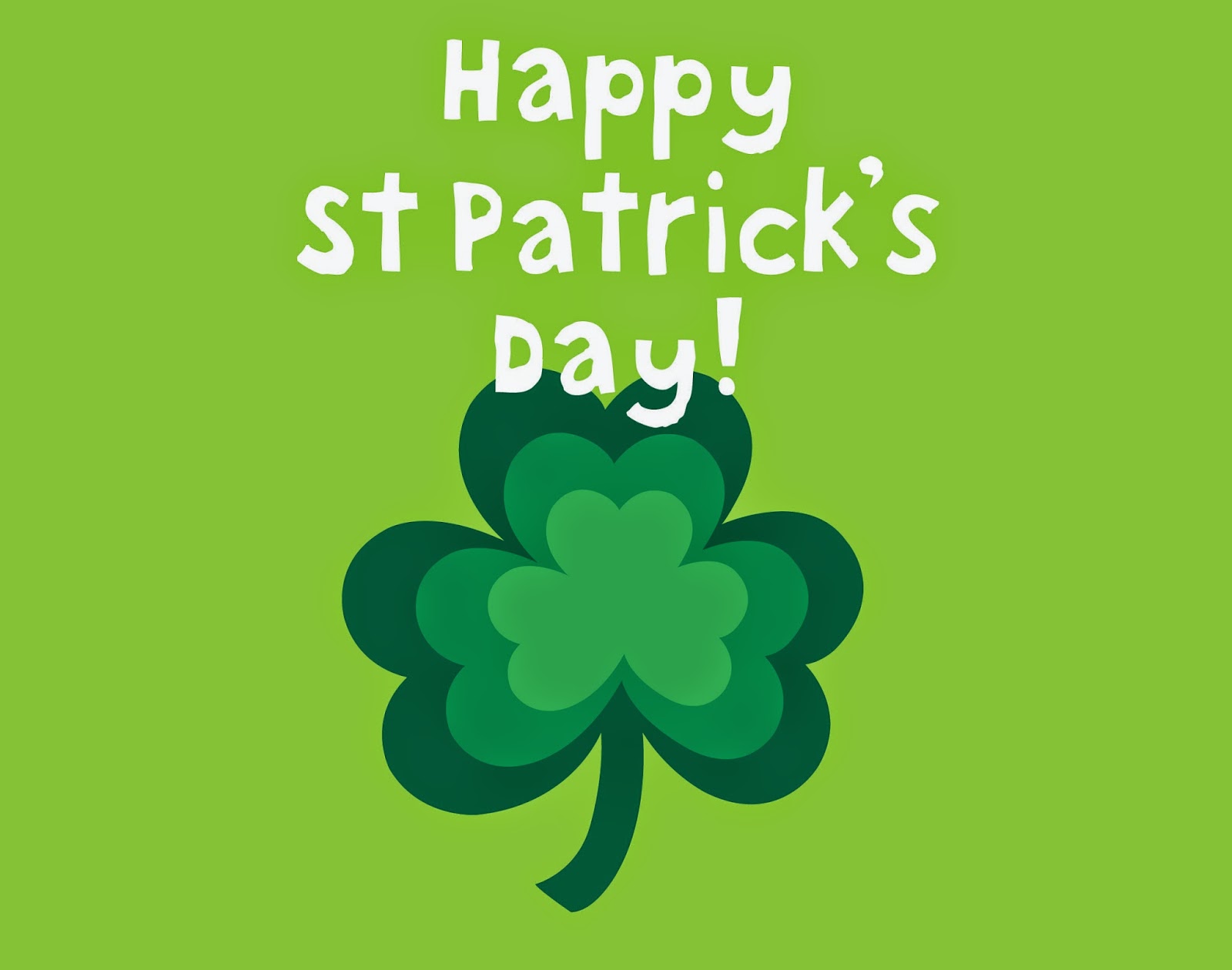 Happy SPRING BREAK & ST. PATRICK'S DAY Y'ALL! This is my first legitimate spring break where I get a paid week off from school and don't also have another job I have to do.  I have a bit of grading to complete every day and of course, I'm going to pile on the work outs but other than that, I can just chill out and that's pretty cool.  I'm sure by the end of the week I'll be bored out of my mind but I'm not going to complain about that.  I was well-behaved last week (aside from a low-cal ice cream snack I had Saturday night that was in my calorie limit but not slow carb) and exercised like crazy.  When I weighed Saturday morning I was down 1.4# so I was happy with that but still feeling like my body is being stubborn.  I'm going to work hard this week but I will have a green beer tomorrow because St. Patrick's Day is one of my favorite holidays.  Also, I'm going to New Orleans this Saturday so I don't have the highest hopes of losing weight the next couple weeks but I do intend to maintain with hard work.  I'm down a total of of 16.2 pounds and 13.6 inches since January 5th which puts things in perspective because that is a solid result I just get bummed every time I realize my life will always consist of hard work and bread-skipping.  I still have a little over a pound to rid myself of the holiday weight and 21.5 pounds to go to reach my birthday goal.  This goal is seeming a bit more unrealistic with each passing week but I'm going to keep working like crazy and put a good dent in it. 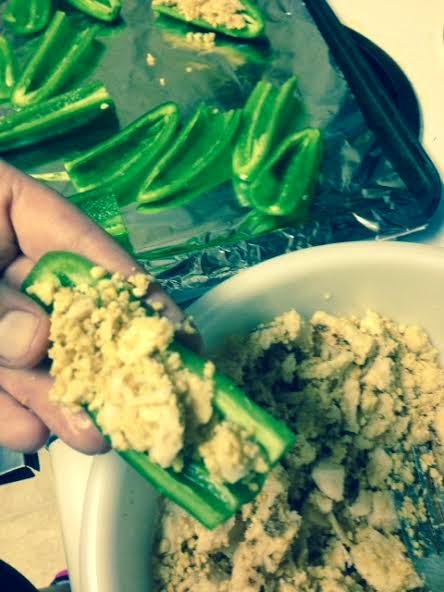 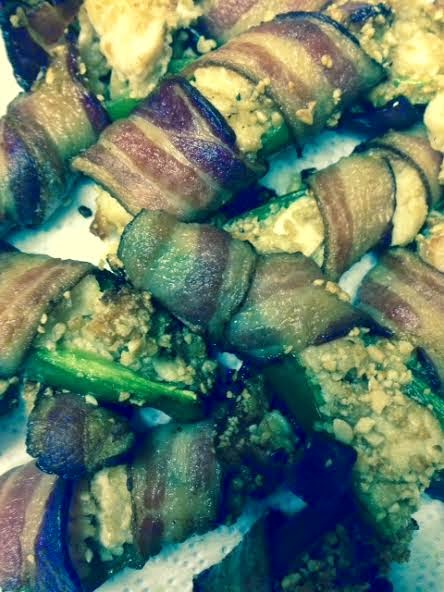 Now that I've listed the boring numbers that serve me more than any of you, I'll share one of my  most favorite slow-carb recipes ever.  I took chicken and cashews and chopped them together (actually Cassandra chopped it) and stuffed it inside jalepenos and then wrapped them in bacon.  First, if you've never worked with jalepenos, I recommend taking the seeds out before stuffing them because they are super spicy.  Also, when you do that, make sure that you don't put your fingers in your mouth or eyes after working with jalepenos for I don't know, A COUPLE DAYS.  It's an unpleasant feeling, I promise.  All you do is bake these guys in the oven and enjoy.  They are bit more fattening than usual slow carb recipes so don't eat a whole pan like I almost did but they are perfectly slow-carb legal.  Oh, and by the way...they are delicious. 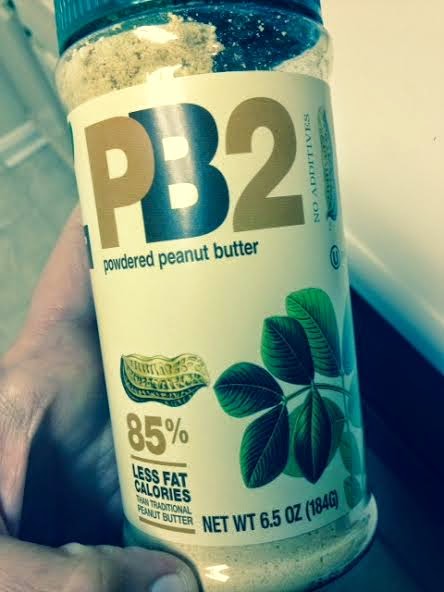 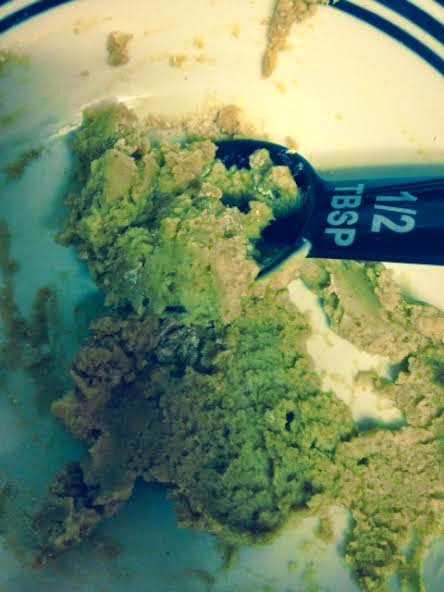 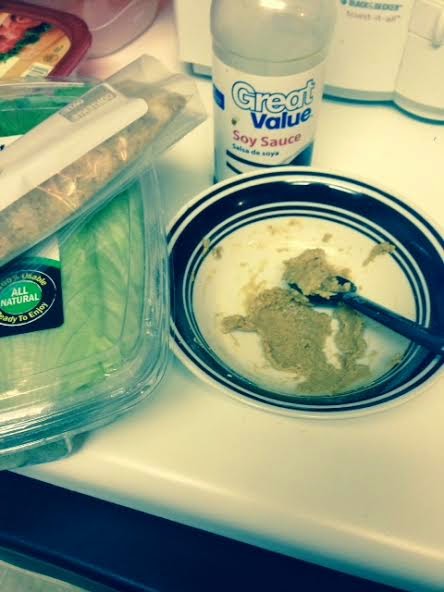 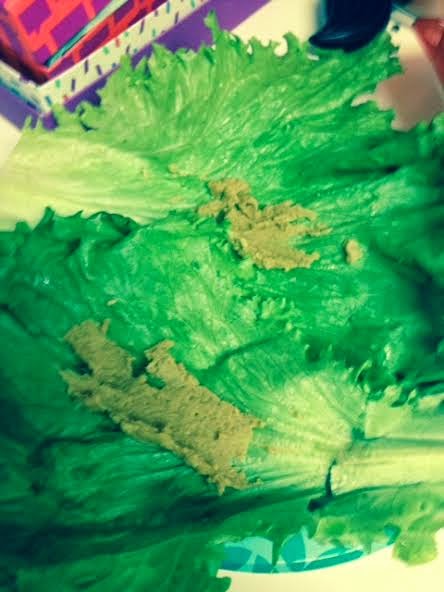 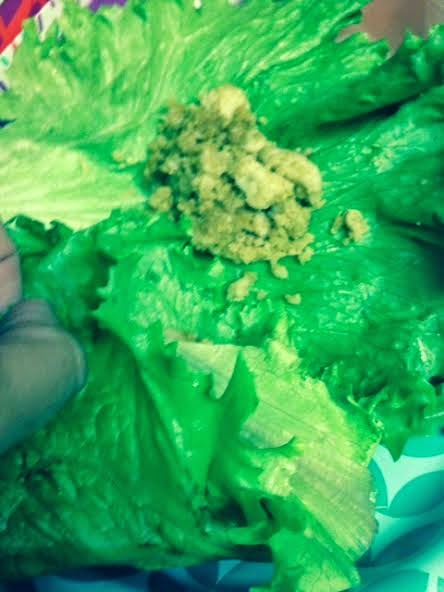 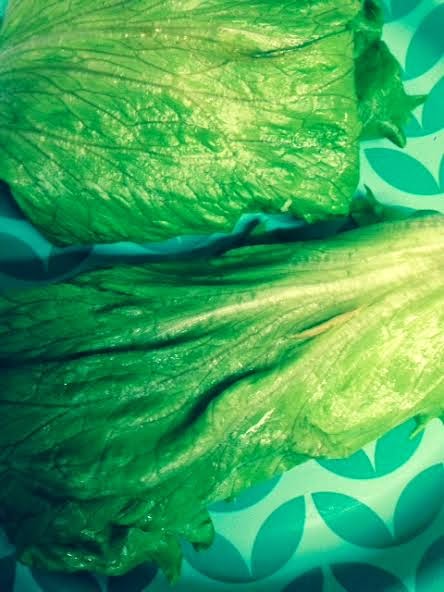 My mom told me about this new product called PB2.  It's a powdered version of peanut butter that you add water to and stir to create a much more calorie friendly peanut butter option at only 45 calories per two tablespoons.  Now, because I've been at this awhile, I knew it was probably too good to be true.  I did some research and of course, there appears to be some nasty chemically and processed ingredients found in this guy so it's not slow-carb, clean or paleo.  However, it still has nutrition and since I have removed most artificial ingredients from my life during the week, I've decided to use this ingredient in moderation.  So, having said all that, I decided to take the leftover cashew/chicken mix I had, mix that with some soy sauce and create some Asian lettuce wraps.  All I did was take the giant lettuce leaves, spread some prepared PB2 on them as a base and add the chicken/cashew/soy mix.  I rolled them up and ate them and they were AMAZING.  I was pretty proud of this round 2 recipes. 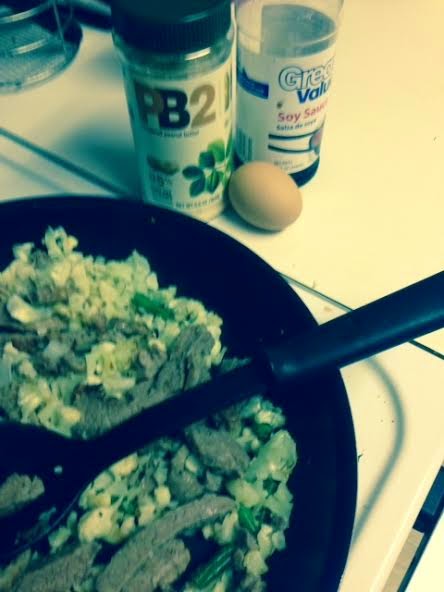 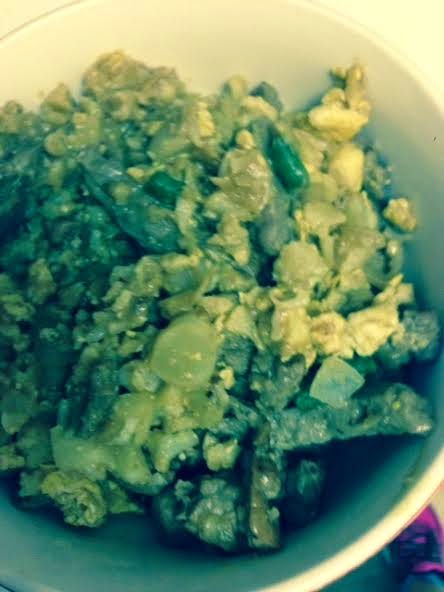 To continue with the Asian/PB2 theme, I wanted to share a "throw together" recipe I made.  I once again used cauliflower to make steak fried "rice." I made a slight change though by adding a bit of water and PB2 to the skillet to give the dish a nutty flavor and it gave it a yummy, rich flavor.  Sure, the stuff isn't perfect and I'll continue to incorporate real peanut butter in my diet but this stuff is giving my food a much needed boost when I get tired of eating the same thing over and over.

My Dad and I went to Chattanooga this weekend so see our extended family in Crossville, TN.  We went with my aunt Brenda, Grandma and Grandpa and visited with people that we haven't seen in years.  It was nice to see everyone and it's always good to remember that family comes first no matter how crazy they can be!

Ian and I are headed to New Orleans on Saturday for a quick, one-night trip and I'm so excited.  We are going to cram in all the food, drink and fun we can before we come back Sunday night.

I hope you all have a great, festive, stress-free week!