I want to first take a moment to send out thoughts, love and prayers to the people of Japan and any other areas affected by this horrible natural disaster. The videos of the earthquake and tsunami are heartbreaking and even though I don’t know how, I hope they are able to pick up the pieces. The images take me back to 9/11 and that sick feeling in the pit of your stomach when you wonder…how do you fix this? Where do you start? When things like this happen, I feel almost embarrassed to complain or talk about trivial things. I am so immensely blessed that I have never lived in a region where a disaster of such magnitude has taken place, a war zone where you can’t sleep because of gunfire going on in your neighborhood or a country with rampant genocide. I feel an overwhelming sense of helplessness in these situations so the only thing I can do is pray for them and find hope in the fact that the only silver lining in times like these is that people tend to push away all hatred, selfishness, and anger, even if just for a few minutes, to come together and try to help a nation in need.

Despite the somber tone across the world, other things are happening. Each individual person has a story and things to say and even though my words today are more trivial than ever, I am going to try and lighten the tone and go about my normal Friday blog.

I weighed this morning and I was down 1.4 pounds bringing my total loss to 89.6 pounds! This was surprising considering the enormous cheeseburger I had Sunday but I’m not going to lie, I’ve been working my behind off and by taking away my cheat meal on most Saturday’s, I’ve taken away several hundred calories on the weekend so that is definitely helpful. I am so close to that 100 pound goal, I can taste it! It is certainly motivation. I really want to get there before my birthday week in May because I know I will gain weight for a couple weeks in the middle of May because I have about 10 birthday meals and then I am going to the beach the weekend of the 19th. I will have some work to do after all that but it will be worth it! I am so excited about my April, May and June! April is concert month, May is birthday and beach month and June is NEW YORK CITY month. Basically, after the second week in May, I may not lose any weight until July…but I’m going to have fun in the process!

I have a jam-packed weekend ahead of me that includes cleaning, shopping, exercising and a festival called Suds of the South with my dad. I am also getting my hair cut and having lunch Saturday with the glowing Jordan Pittman…jeez…my cup may overflow…that’s a lot to have going on but…whatever…rest is for the weak right? I wanted to tell you about a new snack… 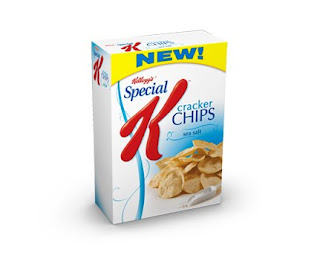 These Special K Cracker Chips are 110 calories for 30 and they are crispy, potato-y, salty goodness! They are light kind of like a rice or popcorn chip but they feel a bit more filling because of the potato taste. They also come in Sour Cream & Onion but I’ve only had Sea Salt and I am definitely on board with this new treat!

I wanted to briefly discuss American Idol. I included a picture of my favorite so far below. Her name is Pia Toscano. For me, I think she is the total package. She’s a pretty girl and she can totally break it down when she sings. She sang a Celine song this week and I was worried because for the most part, I don’t think contestants should EVER sing Celine, Mariah or Whitney because they usually don’t even come close to the original and it just goes very bad. Pia actually nailed the song and her voice is very strong! I also like Paul McDonald. He’s got this hot, raspy voice. He’s different than the other contestants. I’m not sure he’s perfect for American Idol but he’s a musician and if he put a CD out today, I would totally buy it. He seems to be right up my alley even though he could have done better this week. I think he was nervous. Also, he’s from Alabama so that’s cool. I also like Lauren Alaina. She is the young girl that everyone thought was the winner but her dull performance of Shania Twain proved that she needs some work. Honestly, I’ve never heard her go off key…she can sing…but can she perform? She’s good, but she needs to kick it up a notch. Also, she has a really annoying personality. She is only 16 but what she thinks is a humble comment is coming across as obnoxious. She has the long, country twangs and she pouts and seems kind of dumb. I’m not saying she is…I think it’s more of an attempt at attention than anything but I will be fast forwarding her comments from now on so I can be more objective. Lastly, I kind of like Casey Abrams. He’s the quirky bearded dude that always plays that big bass. He sang Joe Cocker (who I love) and he sang it well…he’s a little loony and he needs to trim that beard but I like him. On a technical note…what’s up with the band being off to the side and the cheesy pictures in the background? Also, why aren’t any of the contestants playing their instruments? If someone is a musician, LET THEM PLAY! Just some thoughts. 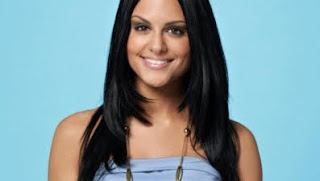 I hope that you all have a great weekend and again, please keep Japan in your thoughts and prayers.


“If each man or woman could understand that every other human life is as full of sorrows, or joys, or base temptations, of heartaches and of remorse as his own . . . how much kinder, how much gentler he would be.” William Allen White

“Our most basic common link is that we all inhabit this small planet. We all breathe the same air. We all cherish our children's future. And we are all mortal.” JFK

“Love and compassion are necessities, not luxuries. Without them humanity cannot survive.” Dalai Lama
Posted by Heather Wyatt