Heart, How Do I Get You Alone? No Seriously...

Yesterday morning around 6:30am, I received the devastating news that the concert that I was heading to New Orleans for with my Dad and Jordan had been rescheduled. The concert was moved to a week night in September so we can’t go. Thus, our New Orleans trip is canceled. I have been listening to Heart since I was in the womb and I’ve been trying to see them in concert since I knew what a concert was…so needless to say…I was not very pleased. I was also looking forward to spending the weekend with my Dad and Jordan. Oh well, I will get to see Jordan this week and my Dad and I are going to a concert on Friday and I promised him that we would go to an away game or something this football season to make up for it. My roommate was planning to go to NOLA in a couple of weekends and I told her I couldn’t go because I was going this weekend so since I’m not going now, my hopes of seeing one of my favorite cities ever may not be completely dashed…we’ll see. 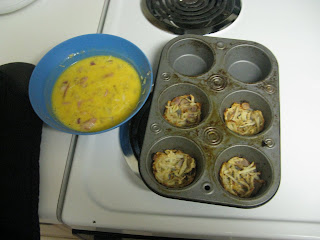 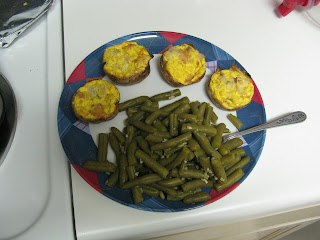 This weekend, I had a clear goal of doing my absolute best so I could eat what I wanted in New Orleans. I followed all of my rules that I set out so I did well this weekend AND I don’t get to go to New Orleans. That’s fine though. Hopefully, I will manage to lose a pound or so this week, that would be nice. The photos above are of this week’s recipe. These are Hash Brown Egg White Nests. These are simple enough to make. You just make little nests of shredded hash browns in muffin tins and then bake them until they are crisp. After that, you fill it up with a mix you made of egg whites (I used egg beaters), ham, onions, salt and pepper. These tasted OK but I didn’t care for the texture. The hash browns didn’t provide a sturdy enough fence so that the egg mixture wouldn’t seep through. I used the recipe but if I ever make it again, I will just need to add more points and use more hash browns because the eggs moved to the bottom and got a little rubbery. The flavor was fine but this wasn’t my favorite recipe. 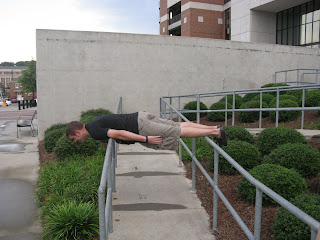 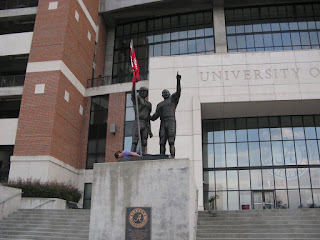 My family was late in the discovery of planking as we only started discussing it last week. If you aren’t familiar, planking is the latest internet craze. If my sources are correct, the game became popular in Europe and Asia first and then spread worldwide. It’s especially popular in social media with pictures and videos. Wikipedia describes it this way, “The lying down game or planking is an activity consisting of lying face down in an unusual or incongruous location. The hands must touch the sides of the body and having a photograph of the participant taken and posted on the Internet is an integral part of the game. Players compete to find the most unusual and original location in which to play. The location should also be as public as possible, and as many people as possible should be involved. The term planking is described as the practice of lying down flat with arms to the side, to mimic a wooden plank.” So, there you have it. It’s completely pointless but I have to say, it’s really fun. It’s especially entertaining when you plank in random places or places where it’s difficult to plank (suspended in air or a place where it’s hard to get your center of gravity). Anyway, I wanted you to see a couple pictures of my brother and I planking. I posted a few more on Facebook…I feel like my planking experiences aren’t yet over…I have had a blast giggling and running from mall and stadium security. 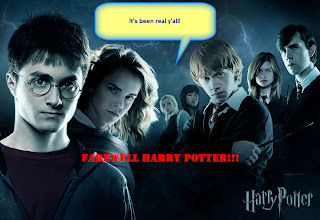 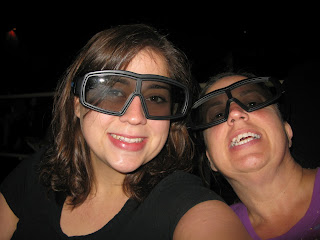 Mom, Oma and I saw the final Harry Potter this weekend. The movie was absolutely amazing. It was by far the best movie out of the series and also the one that is closest to the book. If you have kids, love to read or you are looking for a series of books that will help you get reading again, I HIGHLY recommend Harry Potter. The story is genius, detailed and is a wonderful expression of good conquering evil, tolerance, family, friendships, love and sacrifice. I’m a TOTAL nerd for Harry Potter and I’m not ashamed to say it. I was so excited to see the movie but I took it pretty hard when it finally sunk in that it was over. I am re-reading it now and I will watch all the movies again soon. I think I’m done now.


Have a great week!