Well y’all, I am back in the swing of things. My mood is very hit or miss as not only am I full on with my diet again, it’s flippin’ hot here in Alabama. During the summertime, my rage issues increase exponentially. Every time I get in my car and I have to gasp for air, every time I blow my hair dry after I get out of the shower and end up drenched in sweat and every time the “refreshing” pool feels like bath water, I get belligerent. So, if you see me anytime between mid-May and late September and I look incredibly irritated, it’s probably nothing you did, it’s more than likely my fierce hatred toward Alabama summers.

Aside from my mental tantrums in which I think I am starving and the relentless heat, I’m doing pretty well. I have been eating right and I am preparing for the worst for my weigh in on Friday. In the spirit of getting back in the swing of things, I decided to show y’all a recipe today. 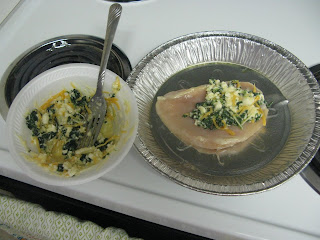 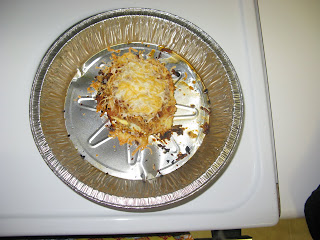 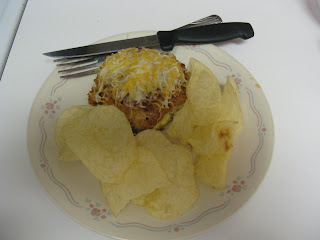 This recipe is Chicken Rollatini with Spinach alla Parmigiana. It looks similar to a recipe I made not that long ago which was also a roll up chicken dish but it was stuffed with ham and cheese. This recipe is made in the same way. The recipe called for ricotta cheese but I used cottage cheese because I was only going to need it for one recipe and it was much cheaper to buy a little one serving pack of cottage cheese for 88 cents than a whole pack of ricotta that I didn’t need. Basically, you just mix the cottage or ricotta with some thawed and drained spinach, garlic, salt and pepper and roll it up with a chicken breast that you have flattened and dipped in egg whites and bread crumbs. Bake the rollatini for about 20 minutes and then get it out, top it with skim mozzarella (I used the fat free cheddar I had on hand) and marinara sauce, then bake it a few minutes more until it’s all bubbly. This is another one of those that is quite tasty and not too difficult to make. I am over dipping things in bread crumbs though…it’s messy and not usually worth it so I think I will try and stay away from that for a little while.

This weekend, we celebrated my Dad’s birthday and the 4th of July so I added a couple pictures of all that below. 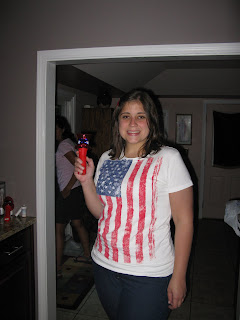 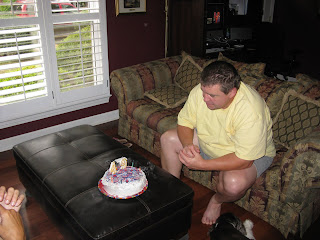 That’s all I had for today!

I will be back Friday to let you all know how the scale treats me.