There is no forest without trees... 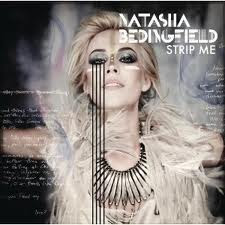 “The sky is the limit and I just wanna flow free as a spirit on a journey I’ll go…” That is a quote(the album cover is above) from Natasha Bedingfield’s new CD “Strip Me.” I also had a quote from another song on Tuesday. I adore Natasha Bedingfield. There are a lot of times that I listen to music that is sort of melancholy or angry but Natasha is my go to girl if I want to be happy and this new CD is no different than her others…it totally lifts the spirits. I think “Strip Me” has something for everyone! It’s got pop and rock tones and she even does a song with Rascal Flatts. Anyway, that was my plug for the new CD…I like to give shout outs when my favorite artists have new stuff…I LOVE new music!

How has everyone’s week been? Mine has been nice but really long. I don’t know what it is but it seems like 4 day weeks take longer than a regular week. It’s been pretty busy and expensive for me the past few days. Last week, while I was at a friend’s house, I somehow managed to drop my iPhone in my drink and it really screwed it up. Even though I took it immediately out of the drink (it was completely immersed) and tried to dry it out a couple of days, the backlight on my screen was still broken. The phone worked, I just couldn’t see it. That wasn’t going to work for me very long, it was driving me nuts so yesterday, I rectified the situation by buying a new iPhone. Unfortunately, I am not in a financial place to get the one I wanted, the iPhone 4, but I’m happy with my 3GS so that’s what I have and I feel SO much better now that I can actually see my phone. 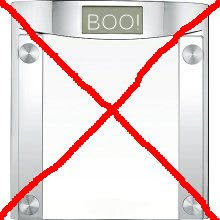 So, I HATE the scale today. I really only like it when I’m losing weight. Last week when I weighed, I was only a pound away from my pre-holiday weight. I weighed this morning and I basically weighed the exact same thing I did last week. I know I shouldn’t be frustrated because I knew it might take a couple weeks to start losing again, but I am frustrated. I can’t help it. I worked really hard this week and aside from an unplanned Wheat Thin binge earlier this week, I was pretty much flawless. It really goes to show you that you really do have to be perfect in order to lose weight. Oh well, there is no point in dwelling on it…I just have to continue doing my best and if I don’t start losing more in a couple weeks, I will have try something different with my cheat and weigh-in times. I may need to make an adjustment. We will see…I will keep doing what I’m doing a little while longer and if that doesn’t work, I will either throw the scale out the window or figure something else out. Wish me (and the window) luck for next week. Looks like I am confirming what I already knew, it’s an uphill battle.

Now that I’ve lost a significant amount of weight, one of the more common questions that I get from people is, “How much more do you want to lose?” In theory, I don’t guess there is anything wrong with this question. People ask it innocently I suppose but for some reason, it bugs me. I don’t get mad at the person that asks (even though it’s not really their business) but I must admit that the question puts a lot of pressure on me because the honest answer is, “I don’t know.” I have said this before but I think one of the major mistakes you make when you have a lot of weight to lose is focusing too much on the wrong things. You may think that the big picture is to be skinny but ultimately, especially as you get older, the big picture is becoming healthy. To view this big picture, you have to accomplish smaller goals. Someone used to always tell me not to miss the forest for the trees but my argument would be that without the trees, there would be no forest. Each metaphorical tree in the forest should be a small goal. It took me a long time to learn this. I know what the insurance companies tell me I should weigh but that would mean I needed to lose somewhere between 80-100 more pounds. If I looked at my journey like that every day, it would be very discouraging. I’ve lost 80 pounds and now you are telling me I’m not even close?! So, I don’t do it that way. I’m not saying what I do is the perfect answer but for me, it has been my complete motivation the past couple of years. Right now, my immediate goal is to lose 18-20 pounds by mid-May. That’s what I tell people. I don’t want to get bogged down with the idea of a goal weight until I’m close to it. If you lose 1 pound or less a week, it’s much more inspiring to think that your goal is 18 pounds rather than 80, 100, 150…whatever you may need to lose.

I hope you all have a wonderful weekend!

“So don't try to change my mind, I'll tell you one more time
It's none of your business.” None Of Your Business-Salt ‘N’ Pepa
Posted by Heather Wyatt