Where Is The Love?

I had an AWESOME weekend y’all. First, I went to see Crazy Heart Friday night with Jordan. It was pretty good. I was very tired so I thought it was a little slow at times. My summation is pretty much that I think Jeff Bridges deserves the Oscar nod and Maggie Gyllenhaal does not. I like the title song a lot and I kind of thought it was a mix between The Wrestler from last year and Walk the Line. Overall, I really liked it but was not blown away.

Saturday morning I went to Weight Watchers and I lost 2.6 Pounds! That made up for the weight I gained the week before plus a little extra. I was extremely pleased. I think the extra exercise I did really paid off. I then proceeded to go eat at a breakfast buffet so the rest of the weekend was a bust in terms of my diet. I think I have devised a system. For every cheat day, I will add an extra exercise session one night during the week. I cheated 2 days in a row this weekend so this week, in addition to my four mornings of elliptical, I will work out in some way at night...I will probably be bad this weekend too so we will see how this system works.

Saturday night I rode up (in style) to Birmingham with Nish and Jodi to see the Black Eyed Peas. We met Shelley at the J. Clyde (I think that’s how you spell it) and ate and then went to the concert. Basically, I loved it. It was like being at the club except the people are actually there. I had a GREAT time and I’m very appreciative to Nish for the whole night AND letting me stay over.

Sunday, I drove up to Birmingham so Jordan and I could go to the Cheesecake Factory (see I told you all dieting rules went out the window) and it was AWESOME! Great food AND great company. Both Jordan and my parents gave me iTunes gift cards as Valentines so I am very much looking forward to cashing those in.

Anyway, I had a great time and I posted some blurry concert pics and one of me and Jordan yesterday but before I go, I wanted to show you a pick of the new snack I found: These little chocolate cupcakes come 3 to a pack and are only 1 point on Weight Watchers (thanks to Stacey for telling me about these)! It’s odd because there are other flavors but the chocolate ones are the only ones that are only 1 point. I’m guessing the other flavors are two. I won’t lie...they don’t taste like a Swiss Roll or anything but they are pretty good and a very good size snack for one point.

Here are the pics: 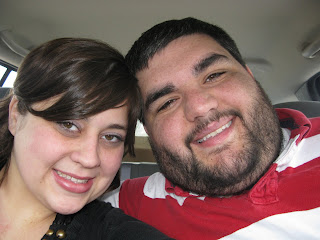 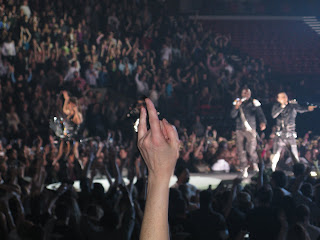 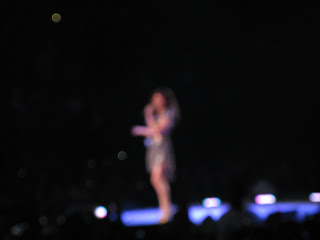 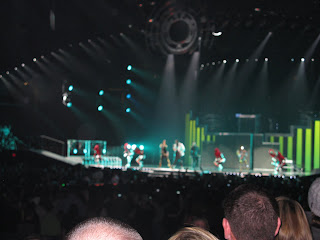 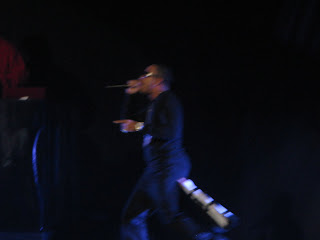 "What's wrong with the world, mama
People livin' like they ain't got no mamas
I think the whole world addicted to the drama
Only attracted to things that'll bring you trauma
Overseas, yeah, we try to stop terrorism
But we still got terrorists here livin'
In the USA, the big CIA
The Bloods and The Crips and the KKK
But if you only have love for your own race
Then you only leave space to discriminate
And to discriminate only generates hate
And when you hate then you're bound to get irate, yeah
Madness is what you demonstrate
And that's exactly how anger works and operates
Man, you gotta have love just to set it straight
Take control of your mind and meditate
Let your soul gravitate to the love, y'all, y'all

People killin', people dyin'
Children hurt and you hear them cryin'
Can you practice what you preach
And would you turn the other cheek