Keep On Keepin' On

I lost weight y’all! HOORAYYY!!! Honestly, I think I needed a good week. It probably would have been more had I not binged on snacks the night before but WHATEVER-I still lost. I am hoping to lose again this week even if it’s just a little because I know the next couple weeks are going to be rough. I will need mucho motivation when I return from Paris to be good but I plan to keep on keeping on...it’s almost summer time and since we already know I won’t be very tan...I would like to abstain from frightening small children when I wear shorts. I can’t wait to get down 60lbs. It’s been a while since I hit a 10 pound mark. It may not be until April but I’m GOING to get there. 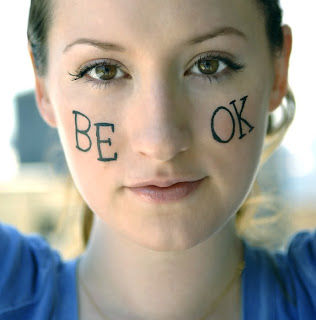 I don’t know if y’all know this or not (if you’ve read my quotes at the bottom, you’ve probably guessed) but I’m a fan of Ingrid Michaelson and I bought tickets just now to see her on March 27th down in Gulf Shores! I’m pretty excited. I first heard her music on Grey’s Anatomy. After I heard about 3 songs I loved, I was so confident I would love her music that I bought every CD. There is only one that I don’t absolutely love! She’s a great writer and goes right along with the kind of music I like so I will be very excited to see her.

There is one week until the Oscars and as predicted, there is no way I can see ALL of the movies (though there was almost a plan that involved travels to Atlanta and a desperate attempt to see three or four movies in one day). I am a little bit disappointed and I know Jordan is VERY disappointed but I should be able to get 3 or 4 in this week and be pretty educated for this Sunday’s show. I watched Inglorious Basterds yesterday. It was definitely a Tarantino movie. I haven’t seen the Kill Bill movies but I have seen a few of his and the only one I really liked was Pulp Fiction. Let me say that I never have to see scalping or skull bashing to enjoy a movie so I would have been FINE if this movie didn’t include all the gruesome scenes. Having said that, I really liked the movie. I thought it was funny and a completely different perspective on the Holocaust. It WAS weird but I think I have trained myself to watch his movies and understand them because I consider the fact that he may not be all there so it makes it easier to watch them. Overall, I liked it though and I thought Christopher Waltz (nominated for best Supporting Actor) did an AMAZING job and his nomination is well deserved. Based on the movies I’ve seen though, I don’t think it should win best picture...not that I think it has a chance anyway...that’s just my opinion.

Well, I’m definitely struggling food wise today and I feel like it won’t get any better the next couple of weeks. It’s sad because the reason I am having such a hard time is because I know I won’t be perfect next week (I pre-meditated a couple of things like a cheat lunch next week since I knew I wouldn’t be weighing the Saturday we leave for Paris) and I will be fully bad in Paris. Basically, it’s like a kid waiting on Christmas. All I can think about is cheating. That just proves that my addiction is incurable...I’m like a recovering alcoholic. Whatever...I just know I’m going to need lots of pep talks this month to stay on track! Have a great afternoon y’all. I’m going to see The Blindside after work...I’ll let you know what I thought tomorrow even though I think I’m one of 10 people in the world that hasn’t seen it yet.