I am rushing the crap out of this week. My spirit is already way into the weekend. Alas, it’s only Wednesday so I must be patient. Before I say too much, I have a few housekeeping things.

One, yesterday I mentioned my fave breakfast sandwich. While it would be delicious for breakfast, I would be much more likely to have it for lunch or dinner. Unfortunately, if I spent more than one or two points on breakfast...it would be hard to save for lunch or dinner or a snack. If you are counting points and thought the 5 points for breakfast seemed like a lot...it is...if you want a good one or two point breakfast...try the egg beaters and one piece of toast or a fiber bar...also very filling. I personally love breakfast for dinner so that’s why that sandwich is good.

Two, we had our first softball game last night...as I mentioned yesterday...we lost BUT I played catcher for two innings, made the ball back to the pitcher all but 2 or 3 times, AND I hit the ball. I didn’t technically get a hit because the ball only went about 15 feet so I got out at first but I made contact so...HOLLA!

Third, American Idol was boring last night. My dad LOVED Crystal...maybe he built it up too much because I didn’t think it was THAT awesome. I think she’s great (and the most talented) and probably my pick but honestly...it is starting to sound the same from her every week. Personally, I’m not real excited about any of them at this point. Glee was also great BUT the last few minutes got cut off and I, along with a few others, was totally disgusted...anyway...I can catch the last bit online later.

Fourth, this spring allergy thing is out of control. I woke up this morning feeling like a swarm of bees had dropped their pollen off in my throat. I think that explains at least some of my lethargy today...blech...I need a Benadryl and a two day nap.

Fifth, I think that’s it actually...I just do things in 5’s.

So, I don’t have much to say except that I really hope I lose that pound this week because I would love to share a new picture with you and I think 60 is a big landmark...literally big. Have you all ever seen on these weight loss shows where they make you run a race carrying weights that add up to the amount of weight that you’ve lost? I think it’d be pretty hard to run with 60 pounds of weights in my hands...so that kind of puts it into perspective. The good news is that even if I don’t lose the pound this week, I kind of feel like I’m on the downward slope again. It’s weird because I think my body sends me signals. It’s taken me 3 months to lose almost 10 pounds...that is a WAY slower progression than the first 50 but I am being good most of the time so I should be headed in the right direction now and I actually feel like my body is in weight loss mode again. It could be that I’m just hungry right now but hopefully, my feelings are right.

One other thing, I think I have talked about the show Parenthood before. It has Lauren Graham who I really like and it’s sort of like NBC’s version of Brothers & Sisters. While it isn’t quite on that level yet, it’s AWESOME. It’s funny, there are many tear jerker moments and it’s very relatable. I am really enjoying it. I think you can watch all of the episodes on hulu.com or nbc.com if you are interested. What’s even better is that I was just wondering yesterday if it would get a second season and Jordan saw online that it was being picked up!!! That’s great because I can’t stand when a show I like gets canceled right away. 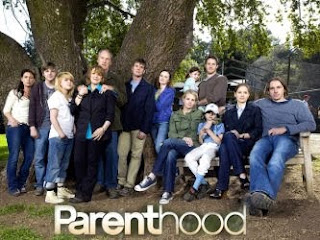 OK-I think that was all. I am predicting that Siobhan or Aaron will get kicked off Idol tonight...I think that may be less of a prediction and more of a hope.

Have a good night!

“What if we stopped having a ball?
What if the paint chips from the wall?
What if there's always cups in the sink?
What if I'm not what you think I am?
What if I fall further than you?
What if you dream of somebody new?
What if I never let you win,
and
chase you with a rolling pin,
Well, what if I do?” Giving Up-Ingrid Michaelson
Posted by Heather Wyatt