I’m sure you have heard [if you care] by now that Alabama fell hard to South Carolina on Saturday. This was our first loss in 19 games and our first regular season loss in 2 seasons. South Carolina played great and we…didn’t. When I was in college from 02-06, Alabama had some pretty tough years and you never get used to losing but there isn’t such high expectations to win. I was pretty upset on Saturday. It stung really bad to experience it but I have to remember that A) there are more important things in life than football and B) there is a chance for redemption. There are times during football games that I worry we will lose or that we aren’t great but those are just nerves I have during the game. There are some people out there though that are fair weather fans and that are saying we suck and will lose 2 more games and don’t have a chance of winning out. These people drive me crazy. Until we see how Alabama reacts to the loss, we should be optimistic. You can’t win every game and you certainly can’t win every national championship. I don’t think Alabama is as good as they were last year but we are still a very solid team and I believe we can recover from the loss…if not…then there is always next season.

I’m not sure if I believe everything I just typed but I think it’s time to move on either way. I know that I normally talk about one recipe a week but I have several to show today. If I’m being honest, I was actually a recipe ahead of myself. I had made two one week awhile back so I got ahead and the recipes I was showing were ones that I had eaten the week before that. Instead of continuing that trend, I’ve decided to go over two weeks of recipes because they all have one common theme-Phyllo Dough. 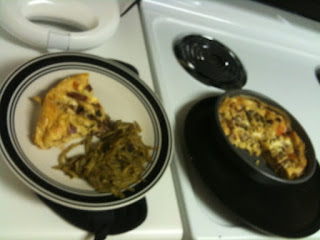 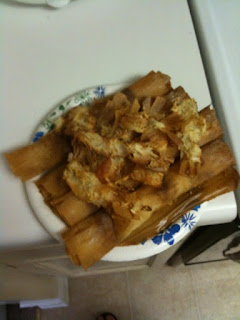 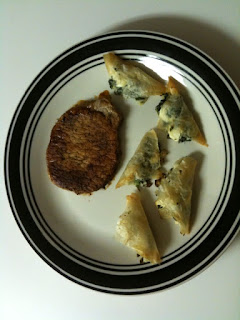 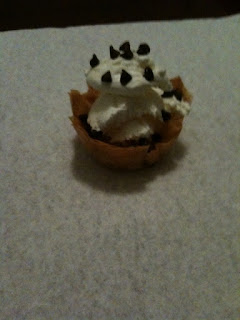 These are all the recipes I made from the pastry. You know, I have nothing against the Greeks…I really don’t. They have excellent salads and olives…I hear they have nice beaches and I can’t thank them enough for all of the wretched math I was forced to take in high school and college but I am not too happy about Phyllo Dough. The truth is, 3 of the 4 recipes I made were quite good and I would definitely eat a dish with Phyllo Dough in it that someone else prepared but I will say that it is highly unlikely that I will ever purchase and/or work with it again. In case you don’t know, Phyllo Dough (according to Wikipedia) is “paper-thin sheets of raw, unleavened flour dough used for making pastries in Greek, Middle Eastern and other regional cuisines.” The one descriptor that sticks out to me is “paper-thin.” That is no joke. If you make one wrong move with this stuff, it breaks right off. The first recipe I made was a Bacon and Swiss Quiche. I noticed that night that it was going to be difficult to work with but it wasn’t that bad because for the quiche, all I really had to do was lay it in the bottom of the pan to serve as a crust. Whenever I buy an ingredient, I don’t like to waste. I only needed 2 sheets of Phyllo for the quiche so I looked up other recipes to make so I could use it and not waste it. It turned out quite good though and aside from the Phyllo, I would make it again. The next recipe I attempted was probably when I decided that it wasn’t for me. As you can see, it looks like a big pile of straw and fossilized corn husks. That is a pretty accurate description if you add an overpowering garlic flavor. This was supposed to be parmesan twists. If you ever take Phyllo on, THE MOST IMPORTANT thing to note is that when it tells you to coat each sheet with butter or butter flavored spray…it doesn’t just mean a light coat…it is very important that you drown the dough in it…otherwise…you get a big pile of flaky, papery stuff that is actually dangerous. I could tell the twists weren’t working because the dough was breaking apart so I just said screw it with the rest of them and made one big roll and put the cheese in there. Because I think garlic makes everything better, I piled it on…the middle didn’t taste bad but the garlic was way too overpowering and the edges were awful…it was like the dough had dried completely and made sharp little daggers that cut into your throat and mouth. I brought them to my Dad and brother and they wouldn’t eat them. It was a total failure on my part but you can’t win them all. I was so embarrassed of them that I threw them away before my mother got home to see.

I decided to give the Phyllo one last shot since there was still some left. I made two recipes last night (the last two pictures). The first was these spinach and cheese triangles. The filling just consists of spinach, cottage cheese, feta cheese, onions and garlic. I had learned a lesson this time and sprayed the ever loving crap out of the Phyllo Sheets making everything all goopy but I knew that they wouldn’t dry out and that was the important part. I served them with a thin pork chop. I know that doesn’t look like very much food but that plate is only 6 points and trust me…I ate more than that…I actually ate an embarrassing amount of those…they were pretty good. The last Phyllo recipe I made last night (and probably ever) was a dessert cup. The recipe I had actually included a recipe for a filling where you make your own pudding and add berries but I just made the cup (by placing layers of very heavily Pam sprayed Phyllo into muffin tins) and put frozen whipped cream (tastes surprisingly like ice cream) in it with a few miniature chocolate chips on top. That was very tasty…I prepared the dough right so having that mixed with the cold whipped cream and chocolate was quite tasty.

I know that after 4 recipes, I finally did start to understand how it works and how to prepare but I don’t care, I think I was way too traumatized to buy it again. Even after knowing the trick of soaking it before you can do anything with it, it’s still too messy and fragile for me to ever want to work with it again. I do encourage you all to try it though…I hope it doesn’t give you near the trouble that it gave me.

Other than the football and Phyllo disasters, my weekend was OK. I didn’t gain or lose weight really. I weighed about 50 times and I was either up .5 or down .5 from last week…and down .5 is .1 away from being enough for me to go down a point so there was no real progress made last week. I’m OK with that, I just don’t want to gain. The next few months are going to hold many challenges so my two major goals are to get rid of this .1 pound so I can go down a point which will help my second major goal and that is to not gain any weight during the holiday season so I can have an easier time losing beginning January 2nd…if I happen to lose weight in the process of the next few months…that’s going to be awesome. I’ve done well so far this week so maybe I will have some luck.

Ok-that is all for today! I hope everyone has a great week and good luck with any recipes you try!