I hate to say it but I am really glad Thanksgiving is over. One major holiday down and with Christmas and New Years, only 2 more to go. I love the holiday season but this is my first one that I will spend dieting in several years. Not to mention the fact that the holiday’s cost money. Every time I go Christmas shopping, I spend $100 for myself...I’m staying the heck out of Best Buy because I guarantee a “short trip” to that store would end up with me paying on a Mac Air for 2 years. I digress. I’m not sure why I’m complaining because if you saw what I’ve eaten like the past couple of weeks...it would be hard to tell that I was dieting. Lucky for me, I kept up with my water and exercise and even though I didn’t think about Weight Watchers for 9 days, ate like a champ on Thanksgiving and did some sort of loose translation of Weight Watchers on the in between days, I only gained one pound. I think the lady that weighed me in Saturday thought I misheard her because I was so excited to gain that one pound. Over the course of my time in Kentucky, I had a nightmare that I had gained 26 pounds in one week so I took the pound with grace and I am back in the swing of things. I exercised this morning, drank my water, ate 6 grilled chicken tenders for lunch, had a 2 point snack and now I am counting down the minutes until I eat again. I hated Monday’s before...but I really hate them now because they follow my binging Sunday’s. Oh well! I want to get rid of that pound...and then some!

I have been thinking a lot about having accountability partners on your dieting journey. People are always saying you should have accountability partners for your spiritual and financial needs (I probably could use one on both of those fronts) but why not one for your weight loss efforts? I have to say that using one of your friends (especially a very good one) as an accountability partner could be a VERY DANGEROUS AND SLIPPERY SLOPE. For me, it always works when I scream insults at myself and degrade my every move until I do the right thing. Self loathing is very therapeutic for me...HOWEVER...if Jordan saw me sneaking a piece of pizza and came in and called me a fat, lazy tub of lard (which he would NEVER do) that would make me pretty angry. It would even make me angry if he said, in an encouraging tone, “Now sweetie, are we sure we want to make that choice? You are doing so well and I would hate for you to feel guilty after this. Let’s put the pizza down.” Maybe I’m irrational but neither of those statements would make me very happy. I need support but I don’t want to be told what to do. That’s why it’s such dangerous territory...especially when you are MY friends and family because I could snap at any moment. What if I have had a bad day and just go crazy on you because you mentioned the pizza. I also don’t need the kind of friend that is constantly getting me to cheat. “Come on...just one bite...it’s no big deal...” I know I have said this before, but would you offer just one little glass of wine to an alcoholic? No, or at least you shouldn’t. The point is, I think a support system is important (lucky for me, I have a pretty solid network of supportive friends and family) but I’m not sure that signing someone up to call you out on your shortcomings is the best idea. I just need honest and loving friends.

My other concern is when people rope others in to join them on their diet or exercise program in hopes that you can lose weight together. This has also caused many arguments between close friends. I know that having your bestie sign up with you at a gym and then go on the same diet program you are on may sound ideal but in my opinion, it’s a recipe for disaster. Sure, everything goes great the first couple of weeks but then all of a sudden, Susie Q doesn’t feel good for 3 weeks and sneaks Reese Cups for a snack at work. Either A) You end up cheating with her and gain weight or B) You end up mad at her because you are by yourself and you talk about each other all the time to your other friends. If someone wants to join with you...that’s fine but don’t make it your crutch. If that person doesn’t want to work out that day, that doesn’t mean that you get a pass...you were working out without them to begin with.

Those are just my thoughts. I am sure that there are cases out there that prove me totally wrong...but for me...I usually work alone...I try not to depend on others to tell me that I’m messing up or exercise and diet with me because if they fall off the bandwagon...then I might too.

I will probably be talking A LOT about the SEC Championship this week. It’s on Saturday and of course, Alabama and Florida are playing so I’m very nervous and excited and I really wish that I was going to be there...oh well...Roll Tide! Oh...and feel better Dad!!!!! 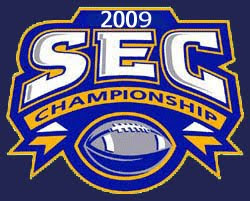