I can do anything you can do better (except run).

It’s been a crazy first half of the day again. I have been pretty busy and I had to do a 40 minute training with someone I am certain fits the stereotype of a rude person from New Jersey. It was quite excruciating but at least he spoke so fast that the call seemed like less than 40 minutes. Honestly, I don’t mind being busy. I thrive under pressure...I just don’t want to drown in stress...I usually don’t let that happen.

Every Monday, Tuesday, Wednesday and Friday morning, I drag my lazy butt out of the bed at 5:30 and mosey on down to the PARA to “run” on the Elliptical for 30 minutes. Yesterday, someone was telling me that they had done the elliptical the day before and that they were sore. I asked how long he had been on it and he said 20 minutes. He then said that during that 20 minutes, he had gone 2.09 miles. This really pissed me off for some reason. On average, I go about 2.07 miles in 30 minutes. I told him this and I think he thought that I was annoyed with him directly and quickly explained how much longer his legs were than mine. This is true I guess but sometimes I feel like I work so hard at things and inevitably there is always someone that can do it better. You know, it really has nothing to do with fast elliptical runner person. It just serves as a decent metaphor for my point. I know I only exercise officially 4 times a week but I have been pretty active on the off days as well. I sometimes get all high and mighty about it too...I think I’m all bad because I exercise. So, I was determined to go faster today. I ended up going 2.09 miles in 30 minutes...yah so that is .02 faster than usual. What really sucks is that my stomach and thighs feel like someone repeatedly punched them for seven days...really? I’m sore because I went .02mph faster than usual. Whatever. I think this proves that I need not over exert myself...or at least that’s the story I’m going with. I do push myself. When I started on the EVIL-LIPTICAL (as I just named it, I put a picture below), I was only going 10-15 minutes. Every couple of months, I up my time by 5 minutes. It’s really made a difference. I started so slow because I wanted to pace myself. I still think that is the best idea. I guess it all correlates with my blog yesterday about patience. Just because I’ve been exercising several months on the Elliptical, a machine with no foot to ground impact, doesn’t mean I’m ready to run a 5K marathon. 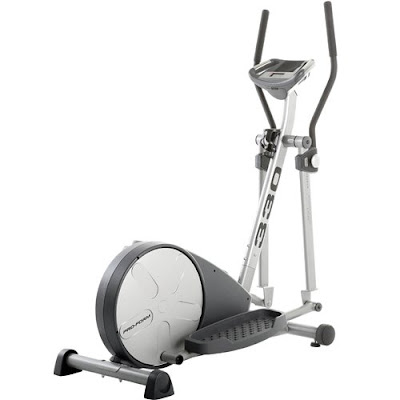 Needless to say I am trying to come to terms with the fact that I’m not great at everything and there will always be someone that can out do me. Every time my Dad talks about walking it gets bigger and bigger. He has also lost weight but he does things a little differently than me. At first he would walk like 2 miles and now he eats a can of zero point Progresso soup and walks 5-67 miles every night and I’m always like...oh...well...um...I did the elliptical for 30 minutes and only ate one double cheeseburger instead of 2. This probably explains why he lost 35 pounds in half the time. I started playing guitar a while back and when I realized that I couldn’t play the entire “Taking The Long Way” CD by the Dixie Chicks the first day...I was like...this blows. I’m determined to start playing again after I graduate by the way. I know that I have rambled a lot today but the point is that I need to maintain perseverance. (“...let us run with perseverance the race marked out for us.” Hebrews 12:1) I’m going to take a deep breath tomorrow and go as fast as I can on the elliptical and if that means I’m not fast...well then...I’m just not fast...but I’m moving and each day taking a small step to my goal.

Today is a good day for music. Carrie Underwood’s new CD Play On came out today. I’ve listened a couple of times and I really like it. There are a couple of songs that I’m really into. It’s weird because I loved her first 2 CDs but in very different ways. I think this one will be the same. Even though I’ve only listened a couple of times...I’m already trying to compare but I have to stop because they aren’t really the same. Anyway, you should definitely give it a shot if you like Carrie Underwood...I love her so even if I didn’t like the CD...you would never know. 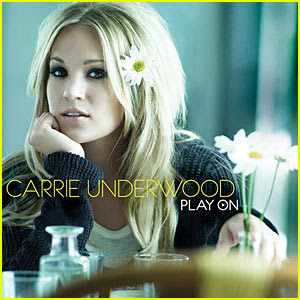