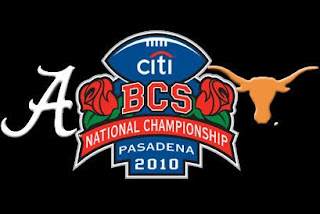 Clearly, I’m very excited about travelling to Pasadena tomorrow. Technically, I won’t be in Pasadena until Thursday but my first leg of the trip begins tomorrow at around lunch time when I will drive to Chattanooga. Chances are, I won’t blog until I return on Monday but rest assured that when I do get back I will share all of the pictures and stories and I will probably be in a wretched (rechid if you’re Jordan) mood because I will be tired and doing Weight Watchers full on with no Christmas or New Year’s holiday to look forward to. The cheating will be over for a few months. It’s what I need...I might need some sort of detox or rehab program to shake loose all the fat I’ve been eating so I don’t have tremors or something.

Prepare yourself for me to be incredibly corny in the next picture/paragraph.

I know that you have seen these commercials. “Because you’re worth it” is almost a household phrase. I rarely pay attention to commercials but I was listening to a song the other day that reminded me of it...and I thought to myself...yah...I am. I have this complex where I am constantly worried that I won’t be pleasing someone. Everything I do, I try to think of the complete scope of my actions...who will be affected and then I wonder what actions I’m going to take if someone is mad or upset. I think this is a good trait overall but sometimes I take it too far. There are times when I go so far as to think that I don’t deserve things. For instance, I’m taking this huge trip. Some people are very happy and some have given me a hard time about it. Mostly, I think they are jealous and just giving me a hard time but it made me think...who am I to pick up and leave for California? The truth is though, why not me? Why can’t I treat myself? I think this about relationships too. Actually, this is where I have the most trouble. I think there are days that I would settle for the first guy with a job and clean teeth. I shouldn’t have to settle. I am WORTH someone who will actually step up and ask me out and will like me for who I am. I am sick and tired of being the victim of worrying about mixed signals and stupid things. If a guy likes you...he will “make it happen.” I should have never watched “He’s Just Not That Into You” because it has really riled me up. The truth is, I think weight is a factor when a guy likes a girl. Guys may pretend that it doesn’t matter but...it does. A lot of guys will rule a girl out if she isn’t thin. I would argue that is MUCH easier for an overweight guy to find a girl than the other way around. ANYWAY-that is a digression but I have dealt with this my whole life. I can’t just go into a bar and pick a guy up...even now that I’ve lost 50 pounds. I guess that’s not true...a guy hit on me at new years but in general if you come up to me, lick your lips, and go: “Whatcho name is?” I won’t be interested. The point is, I am sick of pining after guys that are either shallow or stupid and unwilling to ask ME out. I know that it’s the 21st century and that I should be more aggressive but I have put myself out there before and it hasn’t worked out and I’m just not going to do it anymore. Also, I’m a little picky...some may even say snobby. I don’t think asking for a spiritually and politically open minded, career and hygiene oriented guy is too much to ask...oh and I like them older too (not too old...not closer to my parents age than mine or anything). Something about a guy my age or younger makes me want to scream...most of them are very immature. I have rambled as usual but I think you get the point-YOU ARE WORTH IT! Whatever you are wanting...don’t think you don’t deserve it because you do and if that person or anyone else doesn’t get that...then...eff em.

I almost apologized for ranting about what seems to be an obsession about relationships or my lack of them but I think an apology for being myself at this point would sort of defeat the purpose of the whole message.

I would like to say HOLLA to Jodi. She is a buddy of mine from work and she is reading now. I don’t see her on the list...maybe it takes a little while but WELCOME all the same!

Question for you all: They are offering swine flu shots at work next week for $10. What do y’all think about them? Because Dr. Nancy Snyderman says that we should get one and that the benefits outweigh the risks AND because I pretty much love her...I am thinking yes. Anyone disagree? Thoughts either way?

Well, hopefully the next time I blog I will be bragging about Alabama’s 13th national title and relieved that I wasn’t delayed, snowed in, mugged or beaten. Keep me in mind the next few days please! Also, keep California in mind...there are 100,000 southerners headed their way. I appreciate it! Roll Tide!