I wasn’t going to post today because my nerves are shot. I won’t go into all the reasons that I am on edge but I have been chewing gum pretty fiercely and all I want to do is eat junk food. Luckily, I disposed of all the evil food at my desk so I am able to make better decisions and the story is pretty much the same at home. But, again, my desire to take my mind off of things prevailed and I decided to throw a blog up in case it helps create a diversion for others that may need one.
I wanted to reminisce on some stories of those who have been quite blunt with me in terms of food and weight in the past. These are stories that I can laugh about now. Truthfully, I probably laughed about them at the time but quickly went home to line my night stand with Reese Cups so in case I wanted one at 3am I didn’t have to get up.
The first little gem I would like to share was when a couple of years ago Jordan and I decided to order a pizza. We were at his aunt’s house and in our defense he had a coupon for some kind of family pack. Between the two of us, we had 2 pizzas, wings, breadsticks and I’m pretty sure there were also cinnamon sticks. Technically, the goal was to save some for lunch the next day. When his aunt came in, she passed the array of junk and poked her head in the den and goes, “When ya’ll get done with ALL OF THAT...there is pound cake in the kitchen.” Jordan and I burst into laughter and still use the phrase, “When ya’ll get done with ALL OF THAT” all the time.
The most recent one was probably a month ago. I think I had lost like 10 pounds so I was feeling good, still fat, but good and went out with my friend Cassandra. If you’ve been on the strip more than 2 or 3 times then you probably know that there is a special needs guy that bar hops every weekend. He is very aggressive and will smack your butt or high five you. Most of the time, he is tolerable and just moves on. We were sitting at a table and he came over and started molesting my back and just kept repeating, “I love huge chicks.” I couldn’t hear him at first so I kept asking "What?" (first mistake) and finally...I put 2 and 2 together and realized what he was saying. I mean...I am a big girl but the word HUGE is a little harsh I would say. I know I shouldn’t let the guy who has to be dropped off and picked up from the strip bother me but I gotta say...it didn’t feel great...but I can laugh about it now...sort of.
The last time I gave blood, I told the lady how much I weighed. Keep in mind I really had no idea how much I weighed because I hadn’t weighed in 3 years and I underestimated it by...I don’t know...50 POUNDS!!! When I said my fictional weight...she looked at me in shock and goes, “You don’t look like you weigh THAT much!” Um, thanks? I hate when people do that. I mean I know they think they are being nice but when they say, “You carry your weight well,” or “You are so well proportioned,” really all I hear is, “Boy, I knew you were fat but, I didn’t know you were THAT fat.” I have already told you that my ex-boyfriend once asked me very simply, “What happened?” I also know how honest old people can be. I may or may not have an old lady refer to her family member as a barrel before.
Some people just don’t have any tact. Luckily, I have pretty thick skin. You sort of have to in my family. We all love each other but we all tell each other how we feel too.
So, maybe these stories made you laugh and maybe they made you uncomfortable. I hope they didn’t make you uncomfortable because if I can laugh about them then so can you!
My Mom asked me if I was going to put a picture in every blog since I know how now and I said yes but I couldn’t think of anything...so...I just ask that you still remember the Burnett/Pittman family in your prayers and for that matter...remember everyone battling breast cancer!!! 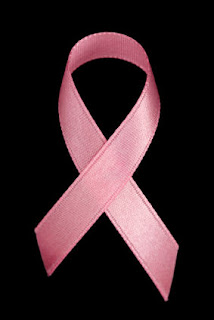