I have spent most of the day so far trying to flush out all the crap I ate yesterday with water. It never fails that I starve on Mondays because I expand my stomach so much on Sundays. I feel like I did nothing but eat and bite my nails this weekend but I am back on the wagon today and plan on staying on it. I did so well last week and I don’t want those efforts to be in vain. I am well on my way to 50 pounds. I want to be safely over the 50 pound mark before I go to Louisville, KY for a week on November 13th so if I gain a couple that week, I will still be down 50 and it won’t be that traumatic. This is the week that my gym is closed so my Oma graciously let me borrow her stationary bike. It was a pretty good work out...not as good as my 30 minute elliptical workouts but it’s exercise that I need.

So, I found out a few weeks ago that I have jury duty. I found out today that it is grand jury and I have to be out all next week and a week in December. I was excited at first but I didn’t realize that it took that much time. I also have to be out of work a week in November so that is a week per month for 3 months...I mean that’s too much time. Luckily, my boss is very laid back but I still feel bad for doing that to my coworkers. I also hear that it is borderline impossible to get out of jury duty so I’m sure me saying, “I’d really rather not,” won’t be sufficient. Oh well, my mom says it’s interesting and it IS my civic duty. I would at least like to get some sort of souvenir like a mini-gavel or something. 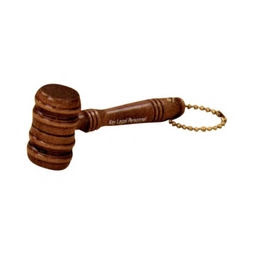 The past couple of Weight Watchers meetings have been the typical, take time for yourself and don’t emotional eat meetings. I usually don’t find any of these problematic but there are times when they take the whole self love thing a little too seriously. I know that their motto is, “Nothing tastes as good as being thin feels.” I think that’s it...or something like it. Well, I can’t really speak to this phrase because I have NEVER been thin. I think as good as I’ve ever gotten is “not as fat as I usually am.” I can assure you I’ve never been thin. I don’t know...for some reason...using the word thin in the motto rubs me the wrong way. I thought their whole approach was a more health based goal...not to be thin. I’ve lost 42 pounds but I’m still not thin...you know?

Also, a couple of weeks ago...at the end of the meeting, the leader revealed a poster that said something like laugh, love and live. That may not have been the exact terminology and I probably would have remembered had the leader not made EVERYONE in the meeting stand up and force us to laugh and then hug ourselves. How uncomfortable! Also, it was stupid. Teach me how to eat better. I don’t care if you throw in a couple of positive thinking tips here and there but if you force me to laugh then I’m going to inevitably dislike you and frankly, I think that defeats the whole purpose. I don’t know if you know this about me, but I’m not the most positive person in the world. I don’t hate myself and I do laugh quite often and I think that’s good enough. It was before 10am...word to the wise weight watchers leader...never force me to stand and laugh on a Saturday morning again.

For those of you who say that my blog is “weird” or “slacking,” I would like to do the following: stare at you, put one finger in each of the corners of my mouth and then spit at you. If you want a daily blog of things that you deem funny and interesting and you aren’t finding that your needs are being met by mine...then write your own. I can’t be funny all the time. Most of the time, I’m not trying to be funny...it’s just the circumstances that happen to me sometimes are funny so if I want a blog where I make food suggestions and don’t tell a story about falling or eating then that’s my prerogative. I’m sure there will be a furrowed brow or two and perhaps a phone call from certain childhood caretakers of mine but hey...that’s just how I feel. I know those that would like it to be funny every day are those who know my potential but I got a few more things on my mind than a blog...like hopefully...my first book. Love all of my 11 followers...especially the ones who read every day even when it is just MEH. 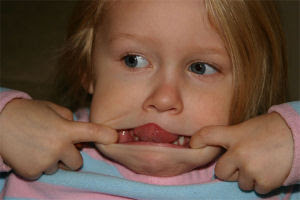