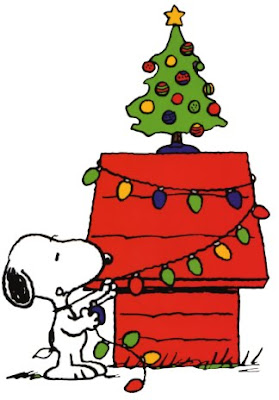 Only 3 days until Christmas! I’m excited I guess. It’s weird because I am a total humbug from October 1st to about December 20th because I don’t like all the spent money and songs and yada yada but I do enjoy the food and gift giving/receiving so...woot! Only 3 days! This Christmas is a little different because my parents don’t have a kitchen but I’m sure we will make it. I would like to formally suggest Christmas Eve pizza to my mother but I’m sure my dad won’t be down for that...and mostly...I just want pizza.

It’s been a while since I have been in a relationship and I was thinking the other day about how scared I will be when I actually get the opportunity to be involved with someone again. Part of the reason that I so thoroughly like being a single person is because I enjoy who I am without worrying that I’m offending someone. What I mean is...my mother didn’t raise me this way...but I’m pretty much the antithesis of someone who is considered “lady like.” It’s one of those things where when I start dating someone I either want them to be someone that I’m totally comfortable with (like someone who is already my friend) or I want to skip the first year so they are already aware of my quirks.

There is so much emphasis on the “firsts” in a relationship that it only adds to the pressure. For instance, I would challenge any girl to tell me that they have gone in head first into their meal on a first date. I would say that if they say that...they are flat out lying. There are these rules. You KNOW that any type of burger or giant sandwich is out, you can’t eat wings or ribs (unless you want to scare the poor boy half to death). You really don’t want to eat salad either because there are usually onions involved. You don’t want to drink too much or too little. Usually the best option involves a grilled chicken breast. Even after you go through the stress of deciding WHAT to eat...then there is the decision of the “leave.” If you’re like me, you tend to eat EVERY bite on your plate and if no one is looking...you might even use a roll to get any excess that you left. Clearly, you can’t do this on a date. You end up starving half to death because you leave with only half of your food gone. I’d like to say, as a part of the female race, that we are above all of this silliness...but we aren’t. It takes a long time to be totally comfortable eating like a normal human being around a guy you like.

One of the other questions would be: “When do you finally let the bodily functions out of the gate?” I’m pretty sure this is different for every person. I know someone from work who has never heard his wife burp or fart or seen her use the bathroom. Forgive me for the word “fart” here...I realize it’s not the most poetic word in the world but...it is what it is. Then there are those that aren’t so prudish. I don’t mean prudish in a bad way here because to each their own...but if I married someone who didn’t believe that girls had gas...I wouldn’t be true to myself. I would say cracking one at the table on your first date may be a bit TOO comfortable but if you can tell the relationship is getting serious...you could stop making your stomach go into fits of pain because you aren’t releasing anything and let ‘er rip and just see what happens. There is one thing I can almost guarantee though...the guy in the relationship will almost definitely be the one to break the ice in this department.

The last “first” that I will mention would be the first fight. I have heard it said that whatever your first fight is about will be the main fight that you have throughout the entire relationship. So-if your first fight is about jealousy or money...that may just be what you yell at each other about for the duration. So-if you are fighting about him cheating on you after the first week or two...you may want to rethink things. I would say this was completely true about my last relationship. Boy, if I knew then...I probably still would have made the same mistakes. I think it’s so funny how every new couple walks on eggshells trying to avoid an argument and then it’s like the dam just completely collapses.

There are so many things to think and worry about. Ugh. Luckily, in my current stagnant state, I am not in a position to worry about all that. I don’t know what made me think about all these things. It was probably one of those moments when I thought I wanted to be in a relationship and then I remembered all the crap that comes with it. I guess if you find the right person (blah, blah, blah) then it’s worth it. We will see.

Tomorrow is trivia night and Christmas Eve Eve so it should be a good day. We will also get the keys to our new apartment which means moving is looming. EEK!
Posted by Heather Wyatt